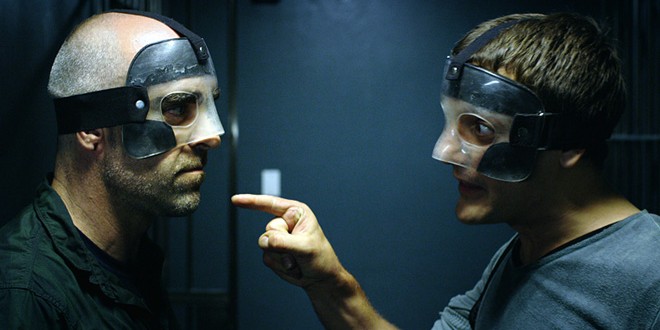 Here is the perfect parcel for lovers of “heist” films ( “The Italian Job”, “Oceans 11”, etc. “The Bank Job”); director Daniel Calparsoro serves  a Spanish/Argentine thriller that guarantees total satisfaction; I did not want it to end! Commencing on a tsunami- drenched day in Valencia, Spain, a frazzled,  frustrated bank manager (stunning Patricia Vico) realizes her position is in jeopardy, fuming that she is on the “elimination” list; while haranguing her plight on the ‘phone, the bank is overtaken by a six masked robbers, hence a circuitous scenario keeps viewers perceptions of “right/wrong” perpetually in flux.