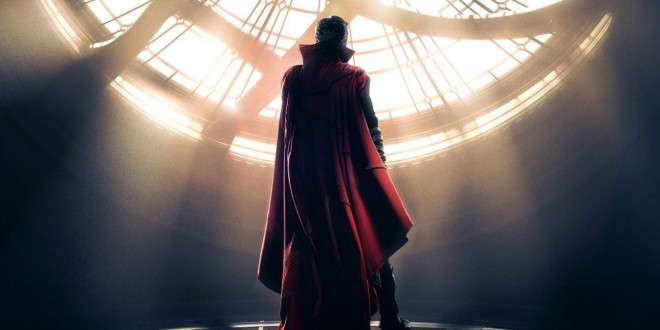 Marvel mania continues to dominate box office sales; Benedict Cumberbatch and Mads Mikkelsen as beacons of good and evil, give intense, strenuous performances, but unfortunately cannot salvage the plot from sinking into stale, repetitive versions of marvel movies of the past; shades of “Inception”, “Superman”, “Spider-Man”. Wizardry abounds when megalomaniac, arrogant neurosurgeon “Dr. Stephen Strange’s” (Cumberbatch) hands are mutilated in a horrific automobile accident; in Nepal, he encounters a sorceress, the “Ancient One” (androgynous perfection exhibited by Tilda Swinton) who trains him to masterfully conjure the weapons to plunder the forces of evil and rescue a doomed universe; with the “Cloak of Levitation” he is the master of aerial agility and protected from menacing “Kaecilius” (Mikkelsen); in the kaleidoscopic mayhem they both perpetually rise from the detritus to wrangle once more. Tediously enervating.

Rachel McAdams as surgeon “Christine Palmer ” and Strange’s “Lois Lane”, is in a constant state of befuddlement as the transformed doctor appears, disappears and reappears Merlin-like, in her operating room.

Director Scott Derrickson’s imaginative, spiritual and sporadically witty, “Doctor Strange” could/should been condensed; this was a compilation of several themes and was far too ambitious to achieve a tidy conclusion, instead its vacillating chiaroscuro leaves viewers stunned with visual, emotional, psychological fatigue.