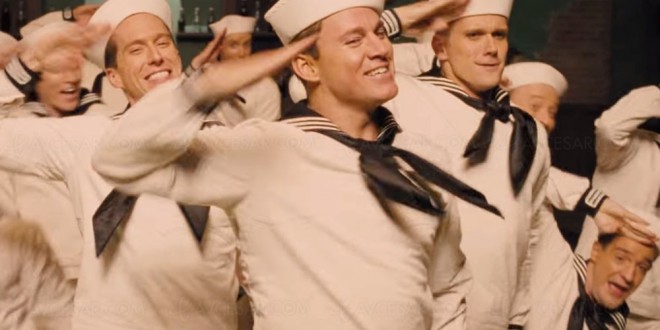 Hollywood loves Joel and Ethan Coen, and the more they ridicule, parody, negate the bubble-like milieu, their lovability balloons. “Hail, Caesar” is an anemic, bland slam of the “old”, bygone era where pretense supersedes reality, stars’ foibles are masked, protected by the “studio”.

“Eddie Mannix” (based upon an MGM executive of the same name) is stunningly depicted by Josh Brolin; a devout Catholic, routinely popping in for confession, rules with cunning, sagacity and an unselfish love for “Capitol Pictures”. When their number- one –box –office- star is kidnapped off the set of “Hail, Caesar”  Mannix’s control accelerates as he meets the demands of the kidnappers. George Clooney as mega-star “Baird Whitlock” is convincing as a foppish, pretty, dunce, garbed in gladiator attire, mirroring Charlton Heston in “Ben-Hur”; his capture and conversion (Stockholm Syndrome) by Communist screenwriters is tempered by aplomb, naivety and humor.

Minimal moments cannot inject effervescence, energy into a flat, placid scenario; absent is the “hale and heartiness” the brothers sought; instead Marc Antony’s eulogy of Julius Caesar, haunts “Hail, Caesar”, “we’ve come to bury Caesar, not to praise him”, herein lies the legacy of what could, should have been, a terrific movie.