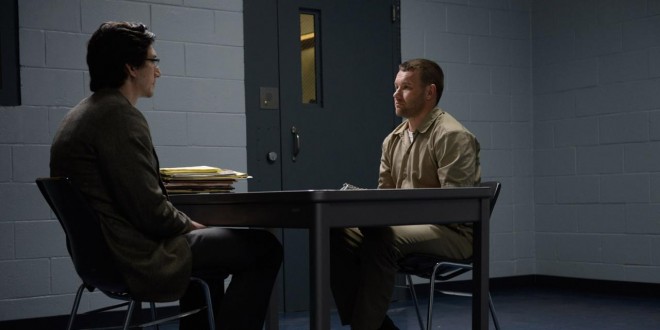 How do average, relatively intelligent parents, cope with a prodigy? Writer/director Jeff Nichols, more than entertaining fantastical journey, featuring an eight-year-old boy, “Alton” (miraculously performed by Jaeden Lieberher) with skill sets beyond the norm and a time schedule predetermined by unknown forces, presciently addresses this dilemma; his father, “Roy” (another stunning portrayal by Michael Shannon)  facing supernatural challenges and “Lucas” (chameleon, Joel Edgerton) have kidnapped him from  a “church/cult” using Alton as a doomsday barometer. Roy, Lucas, and eventually Alton’s mother “Sarah” (interesting, subtle role for Kirsten Dunst), desperately try to get Alton to his designated site; Alton’s light -sensitivity determines that the midnight escape, from the religious cabal and the NSA, be realized in darkness.

Adam Driver is flawless as the converted NSA advisor “Paul Sevier”; his skepticism evaporates as Alton manipulates him physically and psychologically; Alton’s gifts are staggering but infused with kindness.

Beautifully filmed “Midnight Special” brilliantly blurs the parameters between fantasy and reality; Alton’s special attributes do not transcend his childhood emotions, love of comic books and need for his parents; their love is manifested naturally; also infused with the knowledge, ache that their moments together are finite. The power of the film lies in this love, protecting at all costs and accomplishing what has been preordained. There is not an artificial or inaccurate sentiment between Alton, his bewildered parents and friend.

In the end,  it is Nichols’s understanding of the child/parent bond, regardless of circumstances, that champions and cements “Midnight Special’s” luminous message.