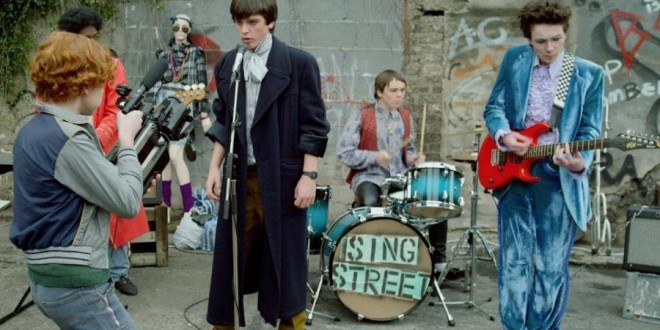 It doesn’t happen often, but when it does,  it is sensational; that jolt, awakening, knowing you are experiencing the finest ingredient of filmmaking…..pure, scintillating entertainment. “Sing Street” written and directed by John Carney (“Once”, “Begin Again”) captivates viewers long after the theatre is bright and the screen dark.

Sublime casting;  talented young musicians are tenderly portrayed; they teeter on poverty’s borders: single mothers, divorcing parents, egregious teachers, bullies; their struggle to stand out in a uniformed environment is the powerful core of the film. With a stipend they sing, create videos in streets, beaches; lyrics echoing the poignancy and truth of their minimal lives. They are good and kind to each other, their success lies in their lack of competitiveness amongst themselves, knowing that to survive the group must transcend the individual. It was touchingly wonderful.

“Sing Street” and its catchy, heartfelt, realistic take on a vanished era,  leaves a lasting melody to all it “sings” to.