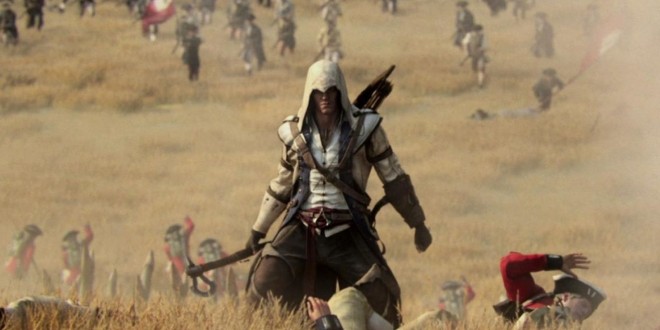 Never having seen the video game (nor will, after wallowing in bewilderment for two hours) I was intrigued because historically The Knight Templers and The Assassins were organizations that were informed and grew exponentially around the Crusades (1095-1291); a war for the Holy Land fought by Christians and Muslims; The Knight Templers led by French nobleman Hughes de Payens, consisted of nine knights who took a vow of poverty and escorted pilgrims to the Holy Land; The Assassins, founded by Persian philosopher, Hasan-I-Sabbah a Shiite, who believed Mohammad’s prophet must flow through the bloodline, unlike the Sunnis who felt the leader was an elected presence; assassination was the means to an end.

Director Justin Kurzel with an outstanding cast has created a foggy, obfuscated sludge of preposterous suppositions. A very fit Michael Fassbender, “Callum Lynch” is a descendant of The Assassins , and is used by a group of scientists, led by Marion Cotillard and Jeremy Irons, a father/daughter duo, to channel his ancestor “Aguilar” (also Fassbender); a gizmo is implanted, painfully at the base of his neck, hands shrouded in lethal blades; a steel claw wrapped around his waist, he is suspended and shaken until Aguilar’s five hundred year old DNA kicks in; brutal, bloody battles, conflagrations, kidnappings all in the quest for the “apple” from the Garden of Eden, the source of original sin. What was confounding is that all this carnage was to eventually lead to world peace; an oxymoron of gigantic proportions.

The Assassins and The Templers are a fascinating study of good thwarted by evil; clergy, imams tainted by ambition, secret societies, murder, subterfuge camouflaging egregious ambition. A worthy read is James Wasserman’s  “The Templers and the Assassins” and/or “The Assassins” by Bernard Lewis.

“The Assassin’s Creed” in lieu of captivating, cauterizes one’s sensibilities.