“Mumbai Mirror’s” film critic Rahul Desai, quit after his Two & 1/2 Star rating of romcom  “Tanu Weds Manu Returns” (a sequel to an average movie)  was increased to a Three & 1/2 Star billing; egregious behavior on the part of the editors; actually, Desai’s rating was too high for this placid, dull, redundant script. “Manu” (R. Madhavan) is a ... END_OF_DOCUMENT_TOKEN_TO_BE_REPLACED

Peneflix is at the Cannes Film Festival

The Cannes International Film Festival is an annual film festival held in Cannes, France, which previews new films of all genres, including documentaries, from around the world. Peneflix   END_OF_DOCUMENT_TOKEN_TO_BE_REPLACED

Visited this dystopian adventure for a single reason….Tom Hardy. He is perched solidly at the pinnacle of my contemporary screen personalities; embarrassingly, it took me ten minutes to realize he was the hood ornament on an apocalyptic war machine, iron-faced, speechless, saved by the “Imperator Furiosa” (solidly, ferociously tempered and toned Charlize Theron); uneducated in the pathos, ethics, gravitas of ... END_OF_DOCUMENT_TOKEN_TO_BE_REPLACED

THE 100-YEAR-OLD MAN WHO CLIMBED OUT THE WINDOW AND DISAPPEARED (SWEDISH: ENGLISH SUBTITLES) FIRST REVIEWED OCTOBER, 2014

Enough. That is what spurred “Allan Karlsson’s” (archival performance by Robert Gustafsson) rebellious act on his century birthday; fleeing the nursing home as they prepare his celebratory feast; he is spry, weary of the quasi-prison he is  comfortably cloistered in, the ubiquitous monotony; he escapes, and viewers are treated to one of the most idiosyncratic odysseys in film history. It ... END_OF_DOCUMENT_TOKEN_TO_BE_REPLACED

How could Bollywood icon, the answer to the first trivia question in the  “Slumdog Millionaire” contest;  barrier- breaker between Eastern and Western films, stoop to accepting the role of a curmudgeonly,  constipated hypochondriac? Amitabh Bachchan, left viewers squeamishly embarrassed at his portrayal of “Bhashkor Banerji”, squawking, lamenting his inherited “curse”; scatological discussions, disgustingly inform the narrative and was the focus ... END_OF_DOCUMENT_TOKEN_TO_BE_REPLACED

FAR FROM THE MADDENING CROWD

Thomas Hardy’s 1874 novel is lusciously endowed with sweeping, undulating landscapes, “Turneresque” sunsets and actors, imbuing their characters with all the scintillating romance and passionate drama Hardy intended; Carey Mulligan as “Bathsheba Everdene” is as tempestuous, and as alluring as her biblical namesake (Bathsheba, married King David, after he eliminated her husband, Uriah;  impregnated her with the future King of ... END_OF_DOCUMENT_TOKEN_TO_BE_REPLACED 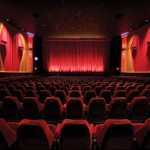 There is something powerfully enigmatic, hypnotic about the deftness of Tom Hardy’s artistry; he is a chameleon, from demon to divine his every role is a revelation:  beleaguered soldier in “Band of Brothers”; evil incarnate as “Bane” in “The Dark Knight Rises”; smoldering, darkly romantic  “Heathcliff” in Wuthering Heights”; skewered savant in “The Drop”; he soared in the minutely seen ... END_OF_DOCUMENT_TOKEN_TO_BE_REPLACED

This award-winning film focuses on the civil war in Abkhazia (Georgia, 1992-93); a war that drove most Estonians, who had settled in the area, commencing in the mid-nineteenth century, back to their roots; they had overcome language, economic, political, religious barriers; slaughtered on the altar of Chechen/Georgian inbred animosity. Two farmers elected to stay and harvest their crop of tangerines; ... END_OF_DOCUMENT_TOKEN_TO_BE_REPLACED

GABBAR IS BACK (HINDI:ENGLISH SUBTITLES)

This is the tepid time of year when movie goers wallow in the limbo of “one” or “two” star films; which, depending on your mood or the weather can suffice. “Gabbar is Back” is not as bad as it is pedantic; Arshay Kumar,”Gabbar” is an avenging crusader; his mission and “he chose to accept it” is to eliminate graft, corruption, ... END_OF_DOCUMENT_TOKEN_TO_BE_REPLACED