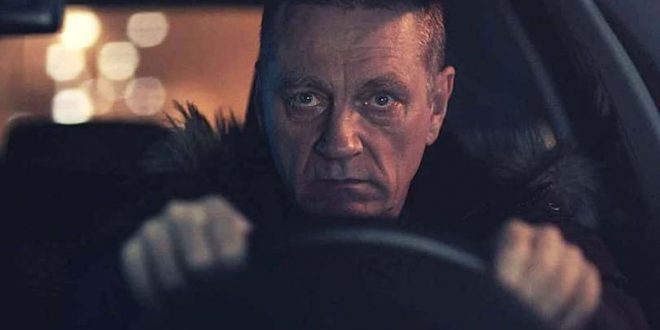 When it comes to detectives, it is all about style; the crime solver has to be more fascinating than the crime; we savor their repeated series, lapping up their techniques, uniquely indigenous to each detective: Sherlock, Poirot, Morse, Foyle, Mrs. Fisher, Fletcher, Luther, Bosch (see past reviews, my avidity for master sleuths is staggering); “Bordertown’s” “Kari Sorjonen” is a detective, never likely to be duplicated, closest likeness, muddled, befuddled “Columbo”; actor, Ville Virtanen imbues the character with savant, intuit sensitivities, envisioning the trail of criminality, leaving his unsuspecting peers in a fugue. He is a man striving dramatically, searching for a channel to relate to his dying wife, and teenaged, talented daughter; the family has moved from Helsinki to a small town near the Russian border, seeking, but perpetually thwarted in accomplishing these goals.

Kari is mesmerizing, his divining prowess and balletic physicality open avenues, undiscovered, unchartered by his colleagues; he is a gentle, brilliant giant in the investigative realm and has cultivated an idiosyncratic style that is swimmingly, effortlessly entertaining.