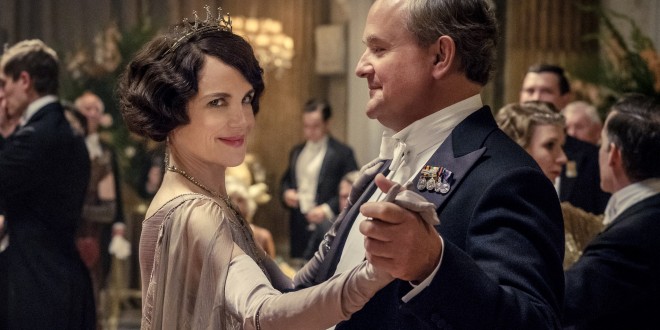 Incomprehensible that this was my initiation into the “Downton Abbey” syndrome; fortunately, my last foray into the old British elitist, titled microcosm; servants and their mean-spirited, acerbic, acidic characters dampen any expectations of ingenuity, even the King and Queen’s entourage reek of pompous, pitiful, pettiness; their doomed, dour contribution ruin, what should have been a rambunctious, halcyon romp into a world of, glamour and inherited entitlement. The year is 1927 and even the costuming lacks pizzazz; style transcended by battering boredom.

Those familiar with the standard protagonists portrayed by Elizabeth McGovern, Hugh Bonneville, Maggie Smith, Michelle Dockery, Matthew Goode will yawn with the predictable, staged familiarity; little or no insight into the humanness, transgressions, of those plagued with a birthright, in perpetuity, of substantive opulence.

Director Michael Engler’s “Downton Abbey” is an iconic tribute to magnificent masonry, rooted in a landscape of godlike lusciousness, inhabited by those of fated anonymity.