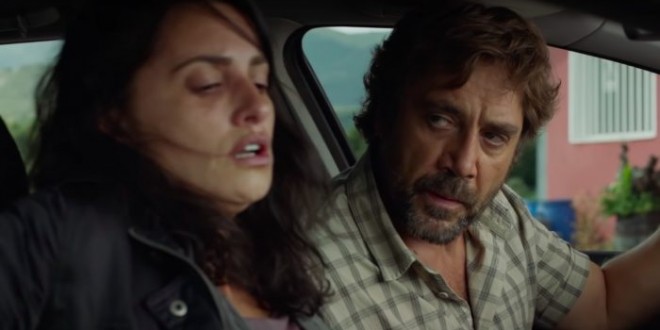 Iranian filmmaker Asghar Farhadi initially, stealthily seizes one’s attention from the moment you enter his filmic realm; winner of two Academy Awards for Best Foreign Film: “A Separation” (2011 ) and “The Salesman” (2016), he capitalizes, while simultaneously allowing viewers to interpret, the depth of the human condition. What I admire about his filmmaking is the level of intimacy, innate conflict he imbues in his protagonists; there is an intellectuality seething beneath the surface of all involved in the narrative.

In his first Spanish-speaking film, Farhadi chooses a small town outside of Madrid; actors Penelope Cruz and Javiar Bardem, presciently cast as ex-lovers, “Laura” and “Paco”, brought together after a lengthy hiatus; a family wedding, a joyous, cacophonous, loving event until the catastrophic kidnapping of Laura’s teenage daughter “Irene” (blissful, Carla Campra), slaughters gaiety, opens the door to bleak historical reminiscences;  Cruz and Bardem are stellar in capturing the angst, intensity of two people emotionally, forever entwined; Ricardo Darin as Laura’s husband “Alejandro” adds a level of sensitivity and genuineness to his flawed, but honest character; he is a symbol of redemption; soul searching is key in Farhadi films.

“Everybody Knows” despite the best of intentions, with shades of predictability leaking into the plot, falters, unlike previous Farhadi films; enigmatic slips into the known, eliminating an ingredient, elementary to the core of his movies, bewitchment; exiting without doubt, puzzlement, questioning decisions made well before our introduction to the characters; disappointment lies in knowing the answers.