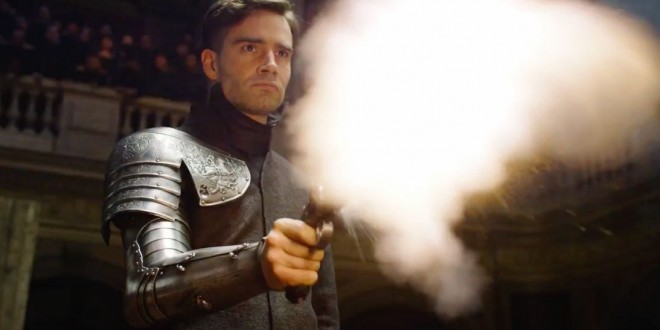 Director Aleksey Mizgirev’s “The Duelist” is a mesmerizing tale revolving around the art of “duelism” a knee-jerk, punitive resolution to a legitimate or illegitimate offence; ironically, a “sport” that required noble roots; poverty-stricken sods were not allowed the expediency of dispatching, in moments, one’s foe. You may hire a titled substitute if you are not inclined to precipitously savor the unknown; “Yakolev” (scintillating, handsome Pyotr Fyodorov) a flawless marksman, with a haunted history, is the duelist for hire, a mercenary of the highest order, an unsanctioned murderer.

Mizgirev’s “The Duelist” in actuality vivisects hierarchical/titled, archaic rules; blood determines your status; if stripped of your royal lineage you are fodder for abuse, discrimination, unwarranted death. If this is entitlement, bless the proletariat.

Alexander Pushkin (1799-1837), considered the founder of Russian literature, poet extraordinaire, died as a result of a duel, over his wife’s Natalia’s compromised reputation; a tragedy that continues to reverberate through time.

“The Duelist” resembling a Matryoshka Doll, unveiling a multi-layered story of revenge, retribution; simmers with stunning suspense until the fabulous, final minutes.