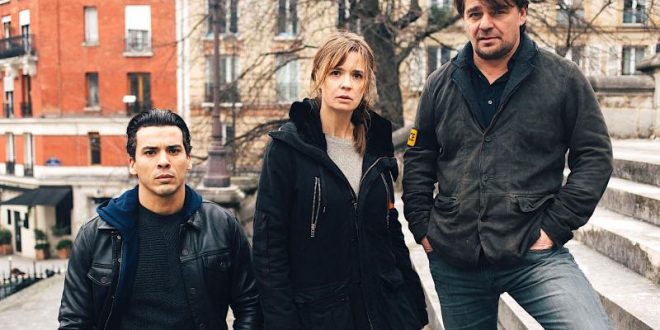 A TRIO OF FRENCH SERIES AND AN ACTOR TO VENERATE: THIERRY GODARD (Amazon Prime & Netflix)

Thumping at the pinnacle of my “Must Watch” list is this gritty, compulsively addictive, detective series; a Paris, rarely seen by tourists: dirty dens of iniquity, gory, egregiously stunning scenarios, no topic is sacrosanct, unbiased demographically, whether victim or perpetrator your proclivities are splayed, vivisected, informed by reality; justice meted in tandem with the crime. Brilliantly written and performed, primarily by Caroline Proust, “Captain Laure Berthaud” and the overwhelmingly versatile Thierry Godard as “Lieutenant Gilles (Gilou) Escoffier”; their partnership is enthralling, electrifying, exuding the innate, adroitness of their characterizations, they command, as well as their flaws, admiration, respect and awe.

A fun fact. I have watched these series simultaneously and the morphing of Thierry Godard (other actors seep into multiple roles in this trinity series) has been a remarkable source of appreciation and entertainment; now, disguised as “the missing link”, “Alexandre Grossange” a top-notch mathematician, excluding humanity and living isolated, in a powerless, wooded cabin; always constant, unchangeable, is the piercing, penetrating hue of his eyes. “The Chalet” holds a group of childhood friends captive, while flashbacks create a tapestry of intrigue, murder, revenge. Six episodes keeps one on tenterhooks from commencement to its ultimate finale.

2021-01-11
Peneflix Admin
Share !
Previous: HERSELF (AMAZON PRIME) & PIECES OF A WOMAN (NETFLIX)
Next: NEWS OF THE WORLD (ON DEMAND AND STREAMING SERVICES)