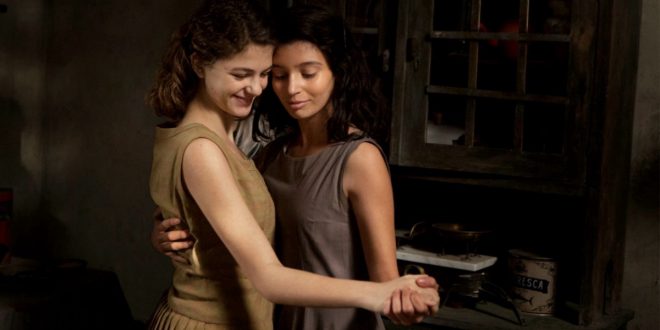 ANOTHER ROUTE TO ESCAPISM

HBO has long been a harbinger of quality, innovative entertainment (“Game of Thrones”, “Boardwalk Empire”, “Veep”, “Curb Your Enthusiasm”, etc.); here are a few recent programs that are binge-worthy distractions, from an enforced, monotonous, interminable confinement:

“THE OUTSIDER”: filmic interpretation of Stephen King’s creepy, compelling story about the invasion of evil, assuming identities of the innocent; Cynthia Erivo is supernatural as “Holly Gibney” a mystic that divines the nucleus of the demonic brute.

“MY BRILLIANT FRIEND”: (ITALIAN: ENGLISH SUBTITLES). A tale told in retrospect of two women, closer than sisters, and their friendship as it evolves in 1950’s Naples, Italy. By far, one of the finest performed, filmed series on television; scorches with intelligence; scholarship claims one, while the other fights against a patriarchal prison; in its second season, it screams with contemporary provocations women are still overcoming.

“THE PLOT AGAINST AMERICA”: Novelist Philip Roth (1933-2018) has written many of my most memorable “reads” (“Portnoy’s Complaint”, Goodbye Columbus”, “American Pastoral”, “The Human Stain”) and one of the worst, the only book I returned (“Sabbath’S Theatre”); “The Plot Against America” (2004) is autobiographical in content; gutsy, introspective study of his Jewish heritage and the sizzling, informative years of his life. A fantasy, if Charles Lindbergh, a xenophobic, iconic pilot, had won the 1940 election against Franklin D. Roosevelt. Profound acting and inimitable imagination have informed the first two of a six-part series.