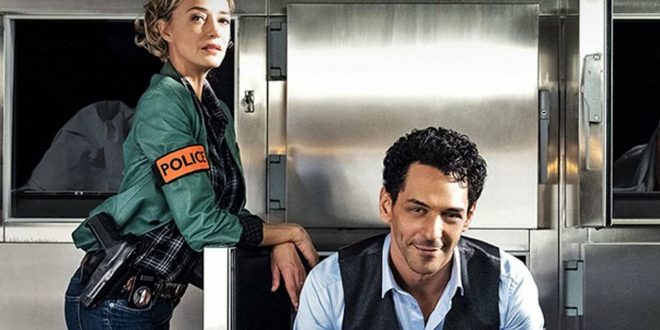 There are characters that harbor, rent free in fatty corners of one’s brain; they are friends, making their presence known serendipitously, surprisingly when least expected. Over the years I have embraced numerous subjects for a myriad of inscrutable reasons: “House” (a Doctor of cantankerous genius), “Foyle” (WWII British detective), “Morse” (Renaissance man, solving crimes), “Nikki Alexander”, forensic pathologist (“Silent Witness”) and “Laure Proust”, Police Captain, (“Spiral”); the newest persona, encroaching on my mental real estate is “Raphael Balthazar” a forensic pathologist paired with police Captain “Helene Bach”, Tomer Sisley and Helene de Fougerolles are overwhelming sensational in this inventive, thrilling, quirky, formidably written series. Balthazar is a delicious, dimpled narcissist, with enviable six-pack abs, perpetually on display, his cockiness is compelling, not vainglorious; he is kind, sweetly cunning, self-deprecating, invariably ingesting; he taunts Captain Bach with his iconoclastic verbosity; she steadfastly foils his grandiloquent attempts to ensnare her in his “tangled web”;  behind his blazing bravado lies a haunted, devastating shadow: the love of his life “Lise” (Pauline Cheviller) was murdered over ten years ago; they converse, she is his moral compass; conversations with his murdered corpses are pivotal in understanding this blighted, brilliant, emotionally mutilated man.

Balthazar balances his cauterizing grief with a debonaire, inimitably charming veneer; smothering, camouflaging a fragility; compensating for a loss of catastrophic bleakness; accepting that a hollow, altered, revised world must still be experienced, one day at a time.