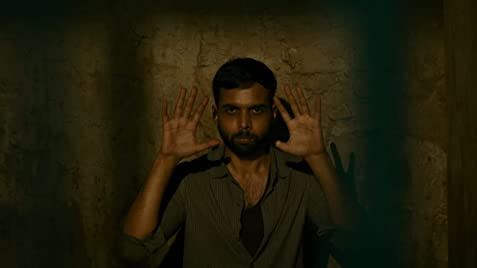 Shamefully, I have taken too long of a hiatus from my Bollywood Buddies; here are two series guaranteed to keep you in comfortable confinement; performances are creatively captivating (superior casting); detectives of both genders, imbue their roles with intelligence, ingenuity, intuitive integrity.

“Paatal Lok” features a long ignored, unpromoted police inspector, “Hathiram Chaudhary” (stellar, Jaideep Ahlawat) who serendipitously gets a life-altering case when four people are arrested for the thwarted murder of journalist “Sanjeev Mehra” (compellingly complex performance by Neeraj Kabi); the pairing of these two characters, their interactions, anchors the scenario; both men are in the throws of a mid-life crisis; episodic, do or die, situations; second chances, sink or swim; and swim they do. Directors Avinash Arun and Prosit Roy stunningly weave the histories of the attempted killers with the personal travails of Hathiram and Sanjeev; twists bulldoze the expected, keeping viewers cemented to every sequence. Supporting female roles of wives and mistresses (actors Swastika MukherJee, Niharika Dutt and Gul Panag soar) add gentility, sensitivity, and muscular grit, balancing to perfection, their testosterone-driven, ego-inflated male counterparts.Noteworthy and riveting to watch is Abhishek Banerjee as enigmatic killer “Vishal Tyagi”, never trusting the obvious, he unfailingly surprises.

Director Arif Ali Avinash Das and writer Imtiaz Ali gift viewers the best transformation in the detective genre in years; completely biased, I loved and relished every second of “She”, starring Aditi Sudhir Pohankar as “Bhumika Pardeshi”, a mousy, soon-to-be-divorced police constable, living in a single room, supporting her mother and sister; after seven years on the force, perpetually treated as an inconsequential, she is forced to go undercover, as a prostitute, penetrating an elusive drug cartel, and its leader; with makeup and mini- skirt (Betty Grable gams) and a mouthy arrogance she succeeds on her first foray into harlot haven; her mark “Sasya” (charismatically, cunning, charming Vijay Varma) learning that he has been bested by a policewoman, demands that only “she” interview him. Engrossing, is Bhumika’s discovery of an entity, buried so deep, that its excavation is miraculously astounding; female empowerment grows exponentially as she submerges deeper into an unknown realm, with a conclusion that is fabulously unanticipated.