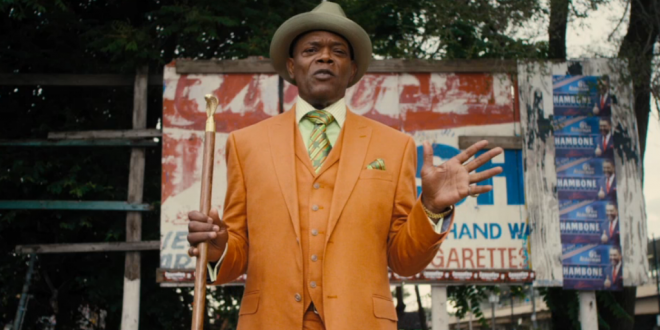 Before the butchery in San Bernardino, California, Chicago starred in this week’s headlines; the slaughter, thirteen months ago, of an inner city teenager, by a Chicago law officer. Chicago has been at the epicenter of violent slayings of  young and innocent children; staggering statistics keep expanding because of gangs, illegal guns, and an amazing cavalier attitude towards life’s sacredness.

Spike Lee’s anxiously -awaited film revolving around Chicago’s gang, gun culture and its creative cure has some shining moments and is exuberantly entertaining; Lee’s Chi-Raq is a metaphor for all major cities, where there is a huge disparity between the “haves” and “have-nots”; beneath the shtick, rhythmic-rap is stunning reality, pulsating honesty, and a powerfully potent cast.

Loosely  based on the Greek comedy, “Lysistrata” by Aristophanes (448 BCE-385 BCE); women of Athens, led by Lysistrata, universally denied their husbands, lovers conjugal delights until the Peloponnesian War (431 BCE-404 BCE) was concluded, in essence “Peace for Piece”; “Chi-Raq’s” Lysistrata is sizzling, fiery Teyonah Parris, electrifying in uniting the women of her Englewood neighborhood after a 9 year-old girl is senselessly shot. Jennifer Hudson (has a personal history with violence) is remarkable as the mother of the slain “Patti”.

“Chi-Raq”, Lysistrata’s lover, is also the name of tattooed-rapper, leader of the “Spartans” (versus the “Trojans” led by one-eyed “Cyclops”, Wesley Snipes). His gang affiliation defines the nature of the “armed”, vengeful world he inhabits; Nick Cannon’s pivotal, pungent performance contributes volumes to understanding the generational disease of irresponsibility passed perpetually from father to son.

“Chi-Raq” is fair in addressing what ails Chicago’s inner city neighborhoods, but beneath the injustices, lies Carl Sandburg’s “city of big shoulders” , “proud to be alive….coarse, strong and cunning”.  Hopeful.