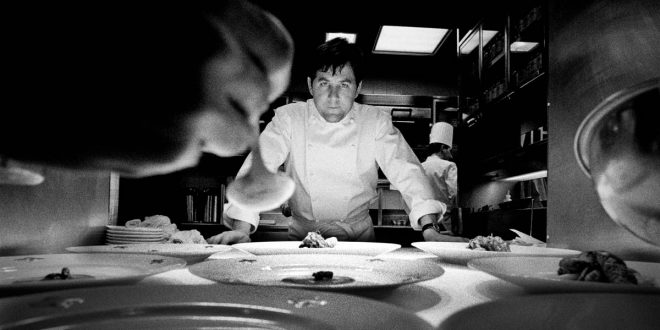 “SUNDOWN” Set within the sizzling confines of Acapulco, Mexico. Director Michel Franco, sustained by a momentous performance by Tim Roth, questions man’s dominance over his choices and subsequent consequences.

“LOVE, CHARLIE: THE RISE AND FALL OF CHEF CHARLIE TROTTER” Director Rebecca Halpern’s dissection of Trotter’s escalation from childhood to eminence is a “must see” triumph; Shakespearean in scale, his quest for Michelin’s THREE STARS, categorically consumed him. This analyzation of a man whose ambition catastrophically altered the nation’s perception of cuisine is meteoric.

“PETITE MAMAN”   (FRENCH: ENGLISH SUBTITLES) Director Celine Sciamma (“Portrait of a Woman on Fire”) in this lovely, subtly enchanting film where two eight-year-old girls connect and fantasize a future where their paths entwine; the potency lies in the film’s capacity to awaken memories, long dormant, of childhood traumas, haunts, loves, fashioning the adult one has become.

“SILENT LAND”      (POLISH: ENGLISH SUBTITLES) Director Agnieszka Woszczynska places an almost too perfect couple on a blazing Italian island; their self-centeredness comes to the fore when an immigrant worker suffers a freakish demise while fixing their swimming pool; relevance rests in how one continues life after an irrevocable decision. The final scene consummately answers the question.

“CAPTAIN VOLKONOGOV ESCAPED”  (RUSSIAN: ENGLISH SUBTITLES) Directors Natasha Merkulova and Aleksey Chupov have in the persona of “Captain Volkonogov” fashioned a metaphor for redemption after committing the most heinous crimes: torture of innocents, until they confess; Volkonogov’s mission after stealing the file of victims is to seek out their survivors, assure them of their kin’s innocence, his culpability, and begs for forgiveness. Poetically profound.

“A CHIARA”     (ITALIAN: ENGLISH SUBTITLES) Director Jonas Carpignano’s pulsating scenario of fifteen-year-old “Chiara’s” hunt as to why her adored father has deserted his family; Swamy Rotolo overwhelms as the incorrigible Chiara, dynamiting rules, dictates, until she finalizes her undertaking. Commencing and concluding with an eighteen-year-old birthday party, here is a film that scores with extraordinary verisimilitude.