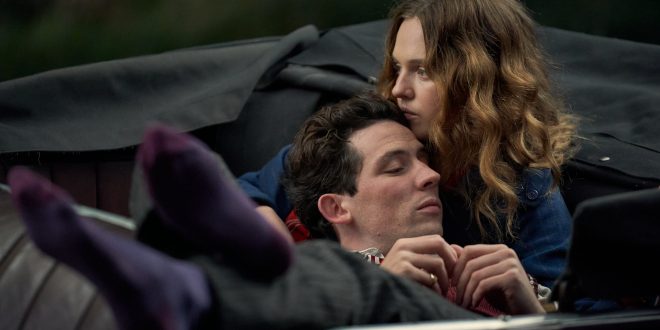 Of the myriad of festivals, I have engaged in this, the 57th, was the most comprehensive, inclusive I have ever visited. In this age of cancel culture, wokeism, pejorative, purblind sensationalism the festival soared above politics, race, gender, religion but primarily myopic, narrow, restricted minds. Embracing female actors and directors, unveiling worldwide dictates regarding religion, spiritualism, focusing on one’s choices or the absence of free will; music, uplifted the direst of scenarios; dancing, and its therapeutic ebullience, for minutes, erased the serious intent, of the filmmaker. Opening windows, the festival, for ten mystical, magical days, let viewers experience cultures, climates, intimacies of nations and its peoples rarely envisaged, now and forever vibrantly, vividly resonating in our imaginations, we are in your debt.

Director Denis Villeneuve’s creation of visual magnificence will satisfy most “duneophiles” a genre that has never even flirted with my top tier of film categorization; the cinematography alone is worth studying, an undiscovered planet, its “spices”, species, made believable by it enticing heroes, villains and laymen. Timothee Chalamet, nascent, visionary leader “Paul Atreides” matches the landscape’s immaculate beauty. THREE STARS!!!

Highly controversial winner of the Gold Hugo award; writer/director and graduate of The School of The Art Institute, Cambodian Apichatpong Weerasethakul, tasks viewers sensory memories, the power of a sight, smell, sound to stimulate, provoke a lost loved one, life-altering occurrence; profound silences gifts one time to  travel back, recollecting sequences, hibernating but never vanquished; Tilda Swinton (no one does androgyny, with greater finesse), “Jessica” is “Hermes” our  guide into a labyrinth of the “soon to be energized”, past. I found it inspirationally, fascinatingly compelling. THREE & ½ STARS!!!

Graham Swift’s 2016 novel, “Mothering Sunday” adapted, in luscious sensuality, by director Eva Husson; acted with sublime perceptiveness by Odessa Young (“Jane Fairchild”) and Josh O’Connor (“Paul Sheringham”). It is 1924, England, and the catastrophic misfortunes of WWI impregnate every scene; Jane and Paul are clandestine lovers, a doomed pairing because of their hierarchal status, Paul is privileged, Jane in servitude. The conspicuous, but not prurient nudity, speaks to the depth of their friendship, cultivated through years of intelligent, provoking, prodding excursions into each other’s psyches; matter is completely transcended by the power of the mind, lasting far longer than its encasement. FOUR STARS!!!!

A sweet blend of poetry, lyrics and spiritualism resulting in awakening a young woman “Dania” to the true “power” of self. THREE STARS!!!

My final movie could not have found a happier viewer. This film holds more hope for an Israeli/Palestinian collaboration than any of the multiple negotiations we’ve been consummately saturated with throughout the years. 9 women, Arab and Israeli join a filmmaking group: videoing their dreams, experiences, revealing similarities, anomalies, discovering their own gritty substance, identity. Director Orit Fouks Rotem’s revelatory movie generates heartening, auspicious positivity in its every frame. FOUR STARS!!!!