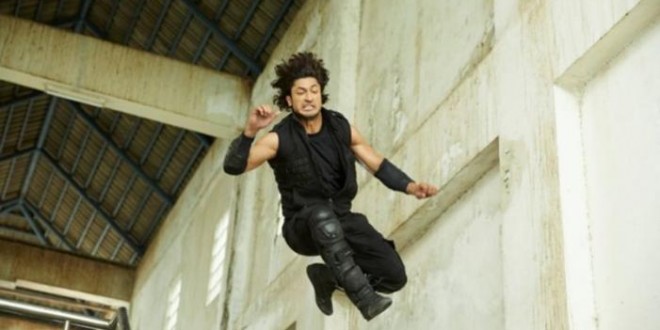 If in the mood for beauty, brawn, exhilarating action, look no further than this Bollywood extravaganza; more twists than a F-scale tornado, Director Deven Bhojani uses martial artist, model and present day action guru, Vidyut Jammwal (Captain Dogra) as the hero of this spinning, at times nonsensical, parody of righteousness prevailing, regardless of the brilliant, nefarious outlaws. “Vicky Chaddha” is the metaphor for the malevolent force behind all that reeks of inordinate graft.