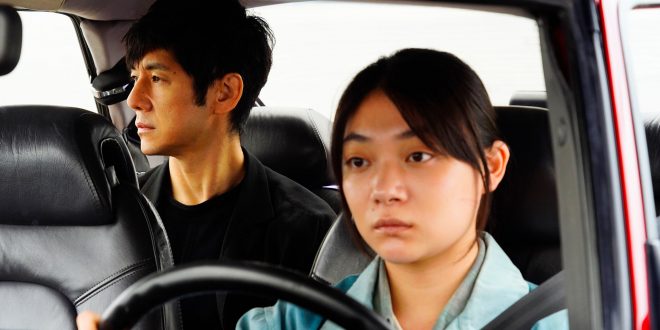 The complexities, literary, cultural references are vastly entertaining, if you recognize the sources of enlightenment, but even if you enter this divine diversion with a pure mental slate “Drive My Car” will cling fervently, entrenched perpetually in one’s filmic library. Admirers of Russian playwright and short story writer, Anton Chekhov (1860-1904), introducing modernism, revolutionizing the short story genre, a symbol of late 19th century Russian realism; trained as a doctor, his career as a writer focused on the agonies of the common man, lending supremacy to his masterpiece, “Uncle Vanya” (1898); the play resonated years later, when read by Japanese author Haruki Murakami (1949-) an annihilator of Japanese “literary tradition”, embracing Western culture, an icon of magical realism; lauding his stylish, surreal inventions: “Kafka on the Shore”, “The Wind-Bird Chronicle”, “Dance Dance Dance”, his humor, bizarre justifications, lending legitimacy to lunacy, while feeding one’s intellectual voracity.

“Drive My Car” based on Murakami’s short story “Men Without Women” holds within its parameters a play within a play: actor Hidetoshi Nishijima, is “Yusuke”, seasoned in the role of “Uncle Vanya”; reeling from the loss of his wife “Oto” (achingly ideal, Reika Kirishima) he is directing a contemporary version of Vanya (each character, like the “Tower of Babel” speaks a different language; including a mute actress of ravishing acuity), eliminating himself  in the pivotal role; as part of his contract, he cannot drive his own car, hence the powerful catalyst “Misaki” (profound performance by Toko Watari); with brilliant subtlety, honesty, this disparate duo uncover a mutual loss, a chasm of grief; crippled, they mend as their journey, intwined with tapes of “Uncle Vanya” open avenues of redemption, on their daily jaunts to and from rehearsals.

Director Ryusuke Hamaguchi’s “Drive My Car” is a wealth of reflection; intimacy blossoming into creative progeny; shared grief easing remorse and the curative power of art, a survival tool, sustaining, striving to make life, the future, worth living.