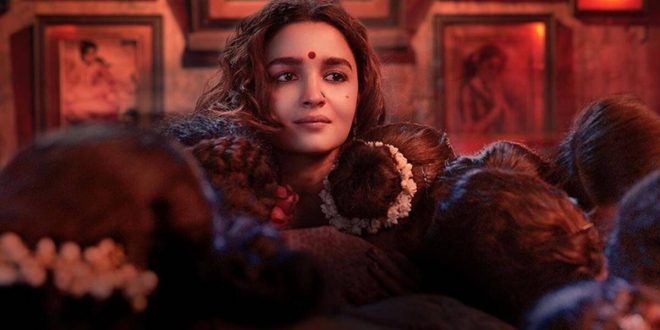 Years ago, while doing a stint in Bollywood, I had the opportunity of interviewing Soni Razdan (actor/director) and Mahesh Bhatt (director) parents of now prodigious actor Alia Bhatt; during the interview she returned home from school, meeting this sprite, never imagining her career would grow exponentially with her age; at 28 she is truly remarkable in the role of “Gangubai Kathiawadi” (1939-2008), the true tale of a young woman, duped by her scumbag boyfriend and sold into prostitution, eventually rising to a force of renown. Bhatt sears as a young, naïve girl yearning to be an actor, evolving into a seasoned woman, brutally scourged, scarred, undaunted, she fights for the rights of other women, in a profession damned but demanded by the populace; leading to the legalization of a group, desiring respect and earned integrity, for a career, unwanted but acknowledged. In today’s India prostitution is legal but brothels, soliciting in public places, pimping are not; it is a billion-dollar business with approximately 20 million participants. “Gangubai Kathiawadi” educates the unsuspected, to the impediments these maligned women must champion, to be recognized as individuals deserving of esteem.

Bhatt’s previous films “Highway”, “Dear Zindagi”, “Gully Boy” were juicy portraits preparing her for this indomitable, career-defining role; as a “madam” controlling her fate, donning white as a signature of pure dominance and master of her realm; giving viewers pause as to what roles she has yet to conquer.

2022-02-27
Peneflix Admin
Share !
Previous: DRIVE MY CAR (JAPANESE: ENGLISH SUBTITLES)
Next: AFTER YANG (IN THEATRES) AND SOON TO BE STREAMING