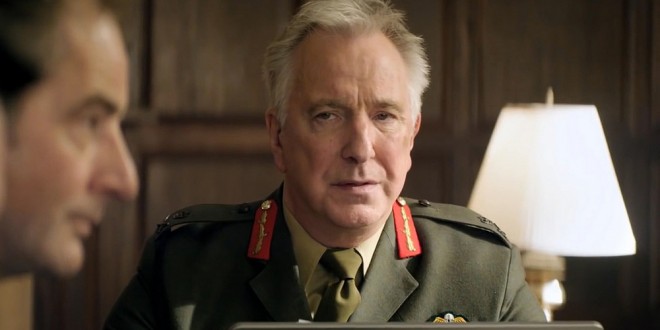 EYE IN THE SKY

Director Gavin Hood’s taut, traumatic, contemporary warfare film will ambush viewers from its first frame to its stunning conclusion. Starring Helen Mirren as  UK “Col. Katharine Powell”, who after a six-year hunt has discovered the lair of suicide bombers and key terrorists in Kenya; Drone technology allows the military to detect, spy and target threats to international security; “Eye in the Sky” is inimitable in educating neophytes in its attributes, wizardry and facility in minimizing collateral damage.

“Alia” (Aisha Takow) is an enchanting, nine-year-old child who sells her mother’s bread every morning adjacent to the targeted area; she is a metaphor for the insidious, crippling society informed by a religion/law that does not recognize her right to an education, play outside her home, or doff her hijab on sweltering days; her sinuous, uninhibited dance with a hula-hoop speaks volumes of the freedoms she is denied, blameless, born into culture that is nascent in the perpetuation of Drone warfare.