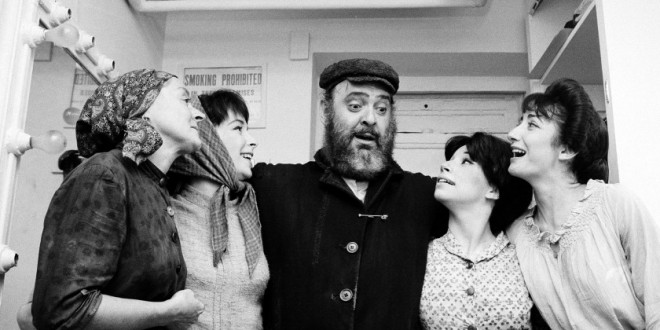 For as many times as I have seen “Fiddler of the Roof”, this documentary written and directed by Max Lewkowicz, added clarity, and depth that was truly miraculous; based on tales by Sholem Aleichem (1859-1916), protagonists Tevye and his daughters resonate with a contemporariness that vibrates with its universality. Since 1964, with its Broadway debut, “Fiddler” has exponentially enchanted audiences, worldwide; a Jewish story, steeped in Yiddish culture in the Pale of Settlement 1905, Russia, addresses racial and gender equality, sexuality, antisemitism, exclusion; issues still haunting today’s immigrants;  archival footage, interviews with Topol, Fran Lebowitz, Joel Grey, Lin-Manuel Miranda add to the extraordinary flavor of this iconic musical; epochal artist Marc Chagall (1887-1985) a Jew from Vitebsk, Belarus, grasped the intensity and provocation of the violin, the only instrument conceded to Jews in Imperial Russia; touched by the palliative, heart-rending, mellow tones, igniting slumbering memories, the Fiddler is a whimsical metaphor for life, survival.

Watching “Fiddler: Miracle of Miracles” overwhelming, lavishly gushing, was an immeasurable pride in a people, civilizations have tried to banish; they are still here, shunning discrimination, sharing with humanity their genius in a multitude of venues: art, science, medicine, literature and magical, “miracle of miracles”, music.