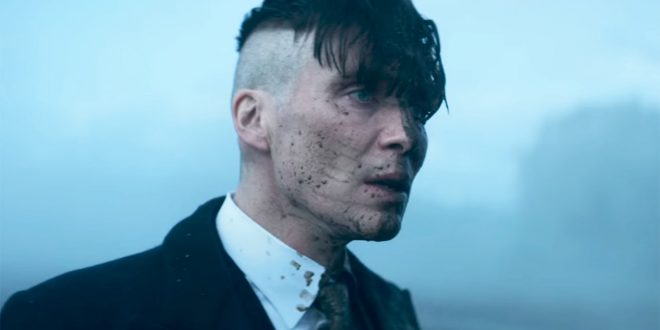 In my estimation this season tops the others in writing, intense characterization and the effects of moral turpitude; Cillian Murphy, redolently ripe as “Tommy Shelby” sears as a man plagued by his misdeeds, its consequences, and religious retribution; farfetched, but reeks of legitimacy and the power of the mind to transcend reality.

“CRIMES OF THE FUTURE”   IN THEATRES

Admirers of David Cronenberg (“History of Violence”, “Eastern Promises”, “A Dangerous Method”) will wallow in the abject, glorified perversity of his latest foray into a blackened future of organ regeneration, diet of plastic, sexual gratification through mutilation, all highlighted under the guise of “performance art”; a Cronenberg favorite, Viggo Mortensen, depicts performance artist “Saul Tenser” with soulful alacrity, doomed clairvoyance; Lea Seydoux (“Blue is the Warmest Color”) Saul’s partner “Caprice” facilitates the “operations” and percolates with enigmatic, mystic charisma; not a fan of Kristin Stewart, she earns accolades as the twitchy, titillating “Timlin”, an investigator with the National Organ Registry. In conclusion viewers must decide if “Crimes of the Future” is a cabochon in the horror genre or just, horrible.

Stars Sai Pallavi and Rana Daggubati depict “Vennela” and “Rava”, ill-fated lovers in a quasi-historical drama, referencing the legendary “Mahabharata” where the Pandavas prepare for their final war; its worth lies in the Naxalite (Maoist-oriented insurgents operating in India since the 1960’s) insurgency. As a viewer, felt the film weakly portrayed their cause and abused, with too much longevity, Vennela’s march towards a misguided love.

Even as a child, I was not a fan of animation, I wanted my heroes alive, squishy, huggable, hurtable and not necessarily likeable. As a reviewer, recognizing the popularity of the genre I, with massive trepidation, tread into the Pixar/Disney milieu on occasion. “Lightyear” pushes all the politically correct buttons: arenas of inclusivity: genders, race, division of authority, shared by a myriad of hues, demographics; life’s lessons and ubiquitous metaphors abound; still it demanded an Olympic effort to cement my attention. Unlike “Coco” (despite my prejudice, was one of my favorite 2017 films) the major protagonist “Captain Lightyear” was a rather, benign, somewhat dumb and unattractive personage. The audience, comprised of the under twelve age group was subdued, cloaked with lassitude, minimally engaged and profoundly silent. Either mesmerized or comatose, therein lies the conundrum.