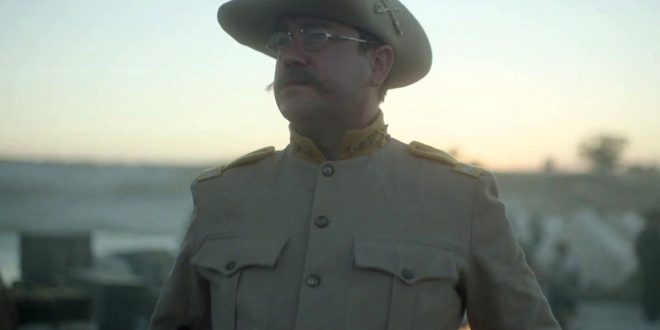 Doris Kearns Goodwin is the quintessential historian; with remarkable intelligence, insight and ultimate comprehension, she masters the lives, initiatives, goals, achievements of all her subjects: Abraham Lincoln (“Team of Rivals”), Franklin Roosevelt (& Eleanor)(“No Ordinary Time”) Lyndon Johnson (“And the American Dream”); it is the “Bully Pulpit”, focusing on Theordore Roosevelt (1858-1919) and his extraordinary life that Goodwin documents in this historical reenactment; it should be savored by all; from his entitled, physically challenged youth, crippling loss of his mother and wife on the same day; honing of his skills in the wilderness of the west, fighting injustice, compassion for the working class; he was a “bull moose”, “rough rider” and at 42 the youngest president of the United States. Depicted by actor Rufus Jones, Roosevelt’s innate, uncompromising drive, ambition and monumental refusal to capitulate, sear viewers imaginations and, regardless of political affiliations, conclusive admiration.

The History Channel is an endowment to those craving an antibiotic from the sensational, fictional, episodic fatigue of streaming, offering profound elucidation and sanctuary.