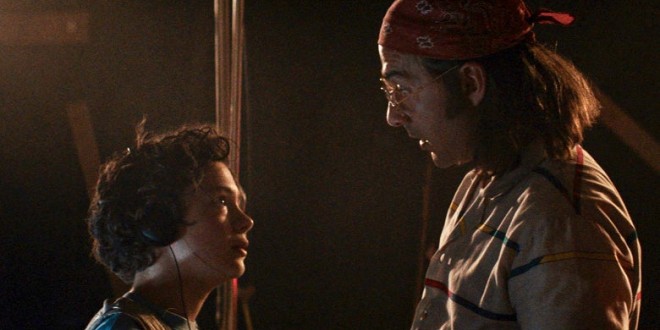 Shia LeBeouf has accomplished the unfathomable, by cloning his father, in one of the most astounding performances on today’s screen; searing, illuminating pain informs his characterization of “James Lort” a washed-up rodeo clown, recovering alcoholic, living off the largess of his twelve-year-old son, “Otis” (remarkable, Noah Jupe, “Ford vs Ferrari”) a juvenile movie star; LeBeouf, facing his own demons, diagnosed with PTSD, confronts the source of his symptoms, his father; Lucas Hedges (“Boy Erased”, “Manchester by the Sea”, “Waves”) is unprecedented as the raging, vulnerable adult “Otis” in rehab, forced to unearth the traumatic ugliness that annihilated his youth; “Honey Boy’s” (a term of endearment, laced with condescension) searing honesty, profoundly pulsates at the epicenter;  emerging from destructive, paralyzing behavior, finding love, redemption in embracing truth and moving beyond.

Director Alma Har’el  and Shia LeBeouf, with prescient writing and beautiful, heart-wrenching depictions, without apologies, create a film surging with the potential of forgiveness, hope, joyous awareness and  capability, in discovering the serenity,  “courage to change the things I can.”