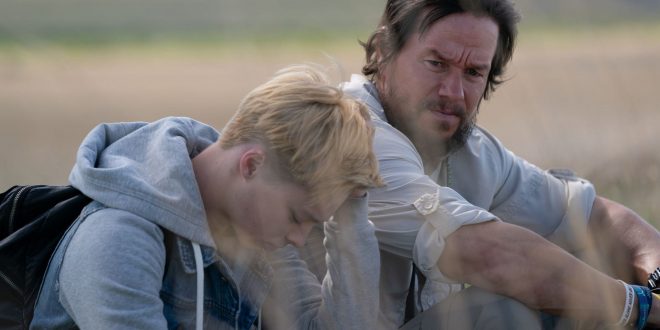 Bullies have plagued mankind since the Cain and Abel era; persecuting those whose idiosyncratic individuality is in opposition to the norm: loners, nerds, homosexuals, mavericks, nonconformists; the growth of the internet has fed the epidemic, especially among the young and disenfranchised: Columbine, Sandy Hook, Virigina Tech, Santa Fe High School, the travesty continues; director Reinaldo Marcus Green and actor/producer Mark Wahlberg focus on the narrative of Joe Bell (fine, intense performance by Wahlberg) a man whose devastation after the loss of his son, “Jadin” (remarkable depiction by Reid Miller), a fifteen-year-old suicide, launches his walk across the country, alerting, to anyone who will listen, the horrors of bullying; it is a pilgrimage of discovery, an analyzation of his own culpability in his son’s demise.

Manipulation abounds, but because of the reality of Joe’s and Jadin’s history, it is legitimate; a chronicle shared by so many families who have been forced to follow the same despondent path. Bullying is insidious, perpetrated by individuals infested with a sickness so deep-rooted than an exorcism might prove fruitless. “Joe Bell” although flawed, stuns with a magnitude of pandemic proportions; begging for a vaccine that has yet to be discovered.