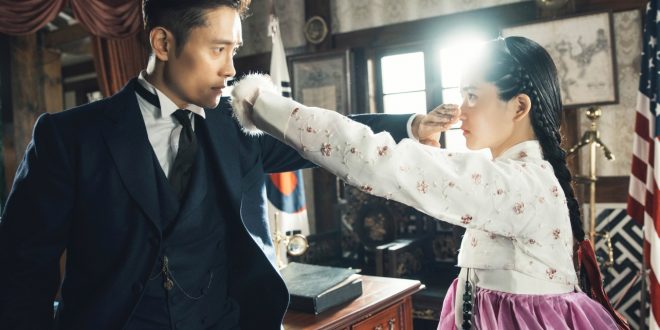 Periodically one experiences a film, a television series so remarkably outstanding, that words to describe its potency have yet to be conjured; director Lee Eung-bok’s “Mr. Sunshine” is one of a few to populate this category; it seizes the celestial in every domain: commencing in 1871 a nine-year-old boy “Eugene Choi” flees Joseon after his parents are slain, they are slaves, a caste, regardless of skills, one can never bolt, Eugene returns as an American officer after a thirty year hiatus; actor Lee Byung-hun’s staggering performance garnished him the prestigious Baeksang Arts Award for Best Leading Actor in TV; exquisitely beautiful Kim Tae-ri, depicts “Ko Ae-shin” a noble warrior and the love interest of a trinity of disparate men; sublimely cast, regardless of minimality, each role seizes one’s admiration, executed with stunning, profound, poignancy.

Historically illuminating, musically marvelous,  heart- wrenchingly delineated, “Mr. Sunshine” is a perfect jewel, residing uncontested, in a crown of its own making.

THE DAY THE MUSIC DIED: THE STORY OF DON McLEAN’S “AMERICAN PIE” (PARAMOUNT+)