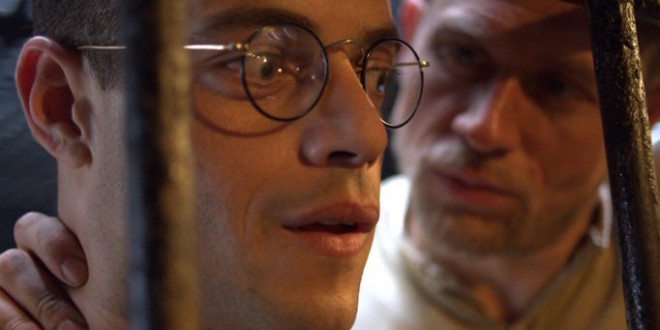 Blazing, metaphorical pageant, over two torturous hours of “man’s inhumanity to man”; director Michael Noer’s, valiant attempt to recreate 1973’s scenario, starring  Steve McQueen and Dustin Hoffman, struggles and sluggishly sinks into a lethargic morass; Charlie Hunnam (“The Lost City of Z”), in McQueen’s role of “Papillon”, doffs close to fifty pounds (aka, Michael Fassbender in 2008’s “Hunger”) as a prisoner of the French Penal Colony,  French Guiana, in the 1930’s, falsely accused of murder; consummately perfect for the role, but too much time is devoted to his years in solitary confinement, frustrations of doomed escapes, until, after fourteen years he accomplishes the unfathomable; sighs of relief from viewers drowning in melodramatic sensationalism.

“Papillon” resonates with reminders of victimization perpetrated in Biblical times, colonial era, and egregious annihilation of Africa’s population; a reminder of the power of one to reject injustice, indifference, incivility and try in one’s life to, at least once,  “exemplify man’s humanity to man.”