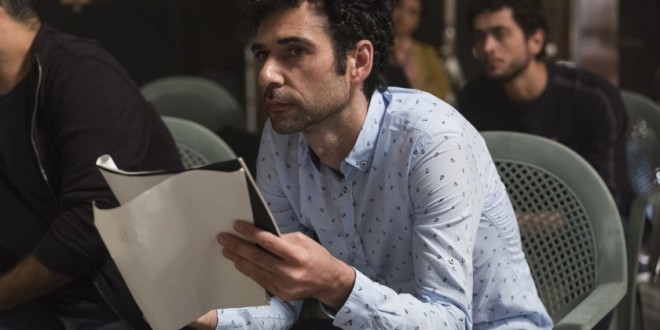 An incendiary title that is anything but; director/writer Sameh Zoabi (a Palestinian raised in Israel) with fellow writer Dan Kleinman create a silly, “soapish” scenario that deliciously delights with its blend of the pungent political milieu hibernating at the core of Israeli-Palestinian tensions preceding the 1967 war; a flimsy plot focusing on a Palestinian spy “Tala” (quirky, enigmatic Lubna Azabel) infiltrating Israeli hierarchy and predictably falling in love with the “enemy”; hilarity ensues, off the set, when assistant writer, “Salem” (nonchalant,  perfect portrayal by Kais Nashif) clashes with checkpoint patrol (he must cross everyday to reach his home in Ramallah); Israeli officer, “Assi” (depicted with distinction by charismatic, Yaniv Biton); together they collaborate on the outcome of the storyline; hummus and humor ignite their disparities, lending credence to their compromises, solutions; Soap Operas could be the ultimate answer to eventual unification?