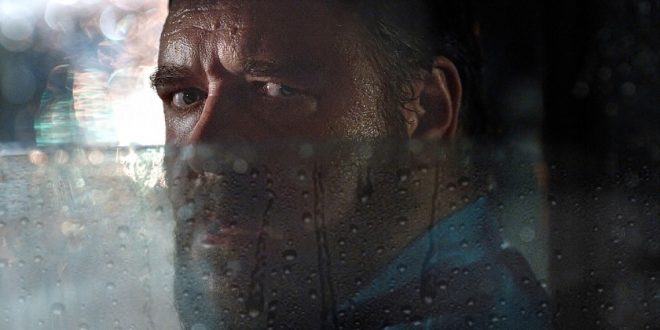 Russell Crowe performs well as evil incarnate in director Derrick Borte’s “Unhinged”, tale of road rage on steroids. The opening scene is a commentary on today’s destructive chaos: rioters, looters, volatile, palatable hatred between strangers as they navigate highways, intersections, congested avenues. Mimicking the carnage exhibited in Portland, Chicago, Los Angeles, exhibiting a reality that should only be fiction.

We meet “Tom Cooper” (Crowe) at the end of the line; jobless, divorced, monumentally unhinged, he kills his ex-wife and bombs his ex-home and continues his spiral into the depths of depravity by stalking single mom “Rachel Hunter” (credible, Caren Pistorius) and son “Kyle” (potent Gabriel Hunter) who frustratingly honked when he did not move on a green light; Olympian revenge is creatively showered upon Rachel and all she holds dear; actors pull off a simplified scenario of righteous versus wicked; being in the wrong place at the inappropriate time.

“Unhinged” stings with its prescience; familiarity plagues viewers throughout its gory evolution; remembering the heedless gestures, words, bruising the car’s sounding system, realizing but for God’s grace, there go I.