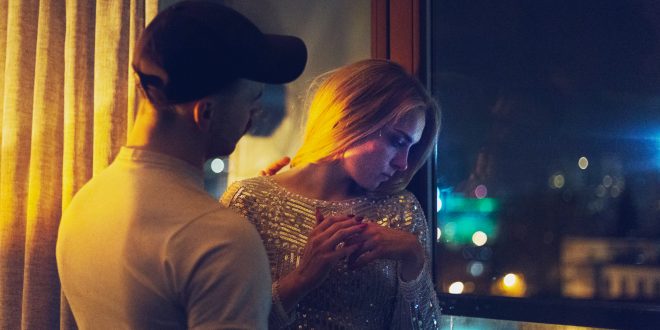 This film would not have been my choice, “New Order” or “Tomorrow, the World!” were far superior; but “Sweat”, which also took the award for Best Art Direction, spoke to the pervasive narcissism saturating social media in today’s milieu: ubiquitous sharing, from morning through evening, following gorgeous exercise guru “Sylvia Zajac” (Magdalena Kolesnik) motivating her fitness fans, walking her dog, visiting family, shaming her stalker, culminating in her emotional collapse; intimacy, secrets, privacy, euthanized by the internet. THREE STARS!!!

UNDER THE OPEN SKY (JAPAN). Actor Koji Yakusho deservedly won the SILVER HUGO AWARD for Best Actor; he excavates, with powerful strength and bravado, the uphill battle of a lifelong criminal, trying to function in an honest society; a society that discriminates without impunity, those who’ve been incarcerated. FIVE STARS!!!!!

BELUSHI (1949-1982). Doomed, haunted, brilliant comedian’s death has been overexposed, repetitively, his addictions, aberrations have been prime fodder for tabloids; I found the redundancy yawning. THREE STARS!!!

THE ROAD UP. No one should ever feel their life is worthless, regardless of errors, mistakes, avenues wrongfully explored; CARA, a transformative organization, gifts trust and hope to those who seek it. FOUR STARS!!!!

FINDING YINGYING. A heartbreaking quest for 26-year-old Chinese scholar, attending the University of Illinois at Champaign-Urbana; Zhang Yingying, naively gets into a car and is gone forever. Why, will resonate in one’s consciousness long after viewing. FIVE STARS!!!!!

BECOMING MONA (BELGIUM). Fine performances gift heft to a recognizable scenario: Mona lives for others after the death of her mother; in essence it took the entire movie for her awakening. THREE STARS!!!

UNDINE (GERMAN/FRENCE). Contemporary take of the mythological water spirit, “Ondine” who becomes human after falling in love with a man; cursed to slay him if he is unfaithful. Actor Paula Beer won the Berlin Silver Bear for best actress. THREE & ½ STARS!!!