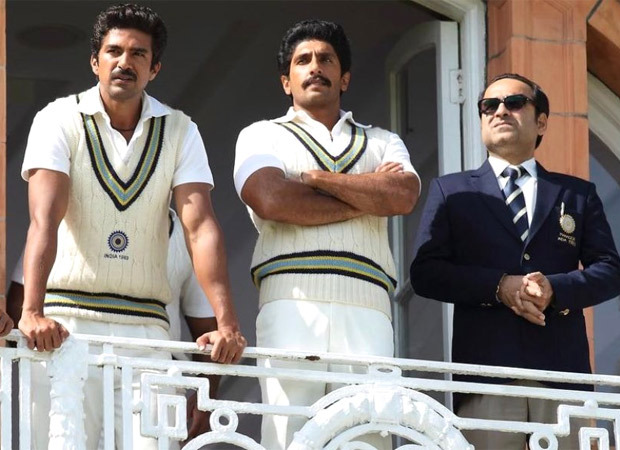 Bollywood treats its cricketers with reverence, without eradicating human frailties, giving them life and vibrancy, palpating exuberance informs every scene, seizing the viewer’s attention from commencement to conclusion; director Kabir khan, focuses on the 1983 World Cup and India’s gut-wrenching march to grasp an almost unattainable victory; the “march” is worthy of every moment, every second of “83’s” compelling quest. As a Westerner, I will forever remain remedial in grasping the intricacies of cricket: bowling, wide, Jaffa (corker), wickets, no-ball, etc., but I am entranced by the poetry of movement, the instantaneous transference from winners to losers; it is never over “until the fat lady sings”; I love the skill, dedication and passion exhibited in, not only cricket, but in all competitive games;  uniting humanity, eliminating prejudice, animosities and pejoratives; cricket, even for a neophyte, is a metaphor for man rising above the natural and striding into and conquering the realm of the supernatural. Cricket, a national sport of India has generated some of their best films; “Lagaan” (2001) an awarding winning film that pits India’s villagers against British subjugators; a remarkable movie starring inimitable Aamir Khan; “MS Dhoni” (2016), based upon the life of cricketer Mahendra Singh Dhoni, “Captain”, tears and cheers resonate for its entirety; “Iqbal” (2005), a hearing and speech impaired young man yearns to be a cricketer, a tale about tenacity and obstinacy transcending inordinate obstacles.

“83” champions India’s historic heroes, elucidating the rest of the world.

One of the finest films of 2021 and a star at The Chicago International Film Festival; I was frozen by its creativity, profundity and staggering combination of animation and live action; director Jonas Poher Rasmussen documents the life of his boyfriend, Amin Nawabi; his harrowing escape from Afghanistan to his life and career in Denmark. The beauty lies in the evocative, heartbreaking reality of a gay, immigrant’s struggle, painfully trudging towards self-awareness and acceptance.