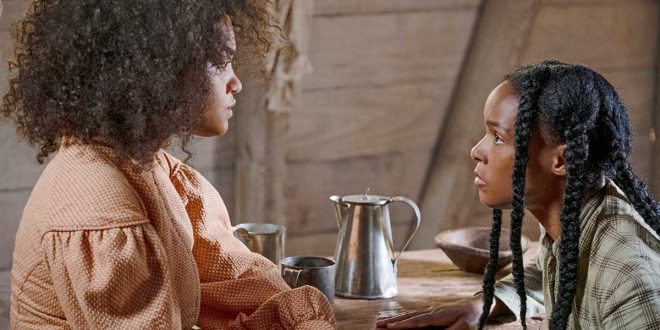 Directors Gerald Bush and Christopher Renz place their directorial debut “Antebellum” in the “horror” genre; in actuality, it is simply, salaciously horrible; a film of such preposterous, ludicrous, inciteful intentions, disgust is the only legitimate reaction to this swill.

Commencing with a focus on the inhumane institution of slavery, the egregious behavior of the Southern populace, dehumanization and savagery perpetrated upon African men and women; actor Janelle Monáe, in a duel role of a victimized slave, and a writer, activist for black women in today’s  milieu. The pejorative premise is that relationships between the races have changed little since the antebellum years; “Antebellum” is a camp where African Americans are kidnapped and forced to reenact, relive the harrowing, unspeakable, catastrophic atrocities of slavery. Sickening, sensational, nonsensical insult to viewers.

There is not one redeeming attribute in this stereotypical, jejune, placid piece of propaganda.