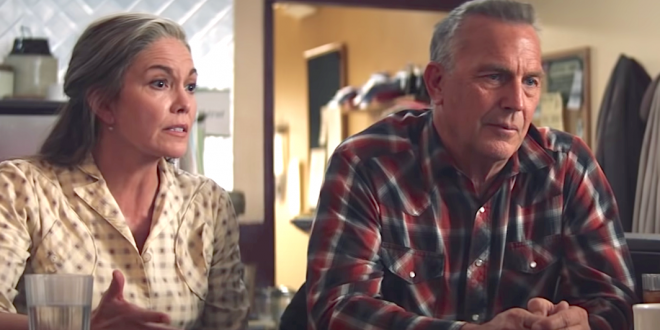 Dated. Was the only word that resonated throughout the entirety of this sad and beleaguered tale of injustice in the 1960’s wildwest; archival actors Diane Lane and Kevin Costner give seasoned depictions of grandparents traveling across country to retrieve their grandson from the miscreant members of the lawless “Weboy” family (their son has died and his widow remarries into this felonious clan; reasoning behind her decision, denied viewers); Weboy matriarch “Blanche” is watch-worthy, especially in the adroit talons of Lesley Manville.

Writer/director Thomas Bezucha’s interpretation of Larry Watson’s 2013 novel leaves some unsatisfying gaps, unanswered suppositions, but in the end was a viable tool for actors, whose aging, exponentially  enhances their prowess and command of their characterizations; courage, fortitude and dignity lauded in every nuance.