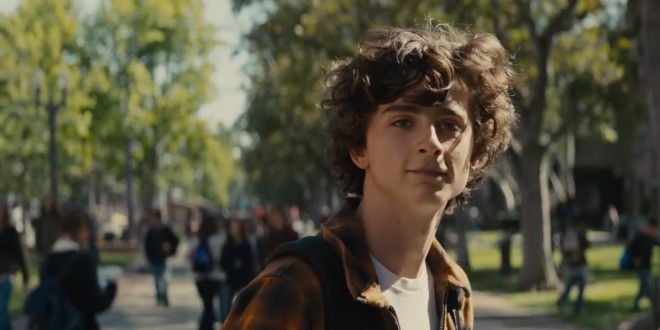 Addiction. Millions grasp its power: sugar, nicotine, alcohol, heroin; in “Beautiful Boy” it’s crystal meth that has wrapped its poisonous tentacles around the mind, body and will of Nic Sheff; Tomothee Chalamet’s staggeringly brilliant portrait of a boy’s lust for an aphrodisiac, so euphoric, tantalizing, delicious in its initiation, that by the time he recognized its toxicity, impotency reigned against its domination; based on Nic Sheff’s 2007 “Tweak” and David Sheff’s (Nic’s father) 2008 “Beautiful Boy” (song by John Lennon) is a pragmatic portrayal of the disease, its miserable, destructive, capabilities; crumbling families; love cannot save the victim; Steve Carell is astounding as a father whose love, concern and devotion for his “beautiful boy”, is futile.

Belgian director Felix van Groeningen saturates, smothers, deluges the viewer in inordinate scenes of pain, rehab failures (“relapse is a part of recovery”), months of sobriety shattered by the memory of the ecstasy, jubilation, the elation of an experienced Methamphetamines high.

“Beautiful Boy” succinctly tackles the trauma of addition; while crushing emotionally, hope seeps through the desperation, offering strength, only if one is willing to fight for it.