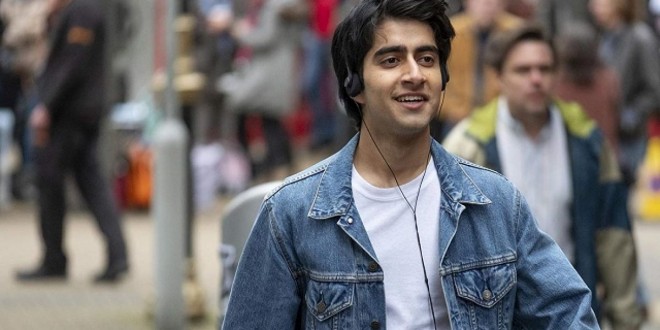 BLINDED BY THE LIGHT

A film of such exuberant wonderment, I never wanted it to end; a dream actualized by the power of an artist to inspire; similar to Stockholm Syndrome, kidnaps and converts one to its cause; Bruce Springsteen, approaching seventy, has to be kvelling with this homage.

Directed by Gurinder Chadha (“Bend it Like Beckham”), starring Viveik Kalra, as “Javed”  (memoir of Sarfraz Manzoor, also one of the screen writers) is a true rendition of a teenage Pakistani, living in the depressed city of Lutton, England in 1987; surrounded by xenophobic neighbors, struggling to find his poetic niche beyond his father’s (superlative Kulvinder Ghir) intransigent traditionalism; Bruce Springsteen’s lyrics resonated with the trapped, futureless, downtrodden, those “born to run”, and Javed does, beyond all obstacles, hotly, presciently chases his dream. It is a glorious, passionate pursuit, an awakening of unimagined possibilities; humor, panoramic dancing, redolent with Springsteen’s iconic lyrics, more viable today than “yesterday”.

The uniqueness of “Blinded by the Light” lies in its simplicity; unlike “Bohemian Rhapsody”, “Rocketman” the absence of drugs, alcohol, sexual uncertainty, lends an ebullient buoyancy, a jollity; an infectious merriment, lingering long after a brightened theatre, forces one’s exit.

Emotionally pulverizing, awakening dormant, shielded by time, memories; memories of unrequited dreams, withered accomplishments; primarily, memories of those who aided and escalated triumphs, paved paths to enrichment, fulfillment; those whose encouragement, erased, removed the blinders, shedding beacons of achievability in a realm of obfuscation; no longer “blinded by the light”, “a runner in the night”, illuminated, “walking in the sun.”