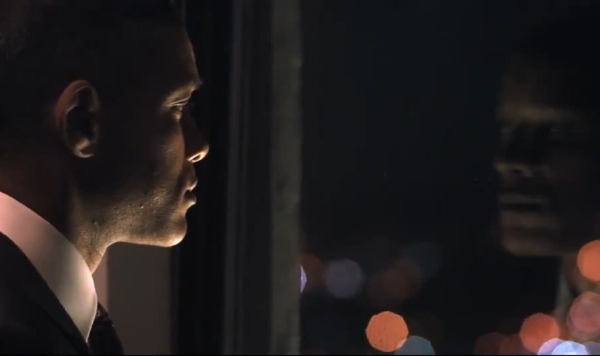 Director Peter Landesman monumentally scores with “Concussion” based on the GQ article “Game Brain” (2009) by Jeanne Marie Laskas, which delves into the traumatic, devastating effects of repeated bludgeoning suffered by football players in pursuit of victory; the brain can withstand only so much brutality before it ceases to be viable, collapses,  dies,  taking the essence of the man in the process.

The crux of the film focuses on the research of Dr. Bennett Omalu (sensationally, brilliantly portrayed by Will Smith)  a Nigerian-born forensic pathologist working for the Allegheny County, Pa. Coroner’s office; his interest is piqued when he “meets” former Pittsburg Steelers center, Mike Webster (1952-2002)  (David Morse) on the autopsy table, dead at the age of 50. Omalu painstakingly, at his own financial risk, writes a paper, coining the affliction Chronic Traumatic Encephalopathy (CTE); perpetually ridiculed, maligned by the NFL, his fortitude, tenacity supported minimally by former team doctor Julian Bailes (Alex Baldwin) and Coroner, Dr. Cyril Wecht (Albert Brooks); even after the deaths of ex-players Terry Long, Justin Strelczyk, Andre Waters his fact-based conclusions are ignored. Surprisingly, NFL Commissioner Roger Goodell banned him from presenting his research at a “State of the League” conference (Bailes presented Omalu’s findings).

Paramount to the success of the film lies in Smith’s portrayal of a rare individual: a gifted boy, an idealist aching to live the America reality; in explaining his dream to “Prema” (“Belle”, beautiful, expressive Gugu Mbatha-Raw) he captures the core of what America has meant for hordes, for those “huddled masses, yearning to be free”; his love is so refreshing, inspiring in a time when our sores, cancers are perpetually splayed across the headlines; refusing to be flayed, undermined by those who “own a day of the week” he continuously, optimistically lives with bountiful levity and joy his actualized boyhood vision.