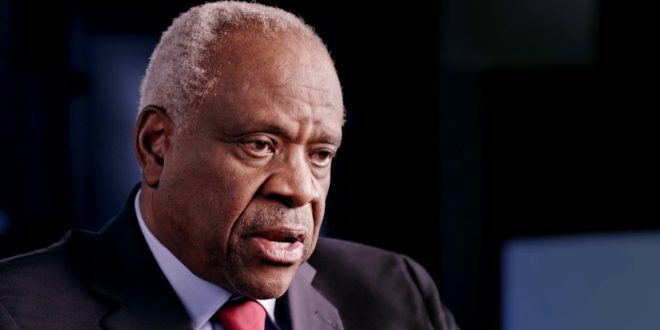 The profundity of this documentary shatters illusions, prejudices, and sears with overdue approbation for a man of stature, scholarship, integrity, worthy of his thirty, reticent years on the Supreme Court; writing more opinions/dissents than any other Justice; Clarence Thomas excels as a “man for all seasons”, champions, as a man for all peoples; defying the preordained slot, he flew in the face of expected codes of conduct, scoring as a neophyte of ingenuity, a black conservative, aka a Republican, a strict constructionist, “originalist.”

With all its warts, transgressions, Thomas addresses his poverty blighted youth; the intransigence of his grandfather (author of his character); racism suffered in his misguided quest for the priesthood; calamitous, chaotic, political implosion of the 60’s-70’s, fed by the Vietnam War, deaths of Martin Luther King, Jr. and Robert Kennedy. His conservatism was denigrated by the liberal constituency who expected him to be the paradigm of black Democratic, populism: welfare, forced busing and affirmative action. With resolve his beliefs have remained consistent.

Director Michael Pack’s poetic approach to Thomas’s biographical odyssey: a lush, bucolic landscape, a boat cruising unencumbered at sunset; “Moon River’s” melodic poignancy as it approaches “the fork in the road”; aware that few had the prescience to pick the “road less traveled”, for Clarence Thomas it has made “all the difference”.

2020-02-04
Peneflix Admin
Share !
Previous: THE RHYTHM SECTION
Next: THE ASSISTANT