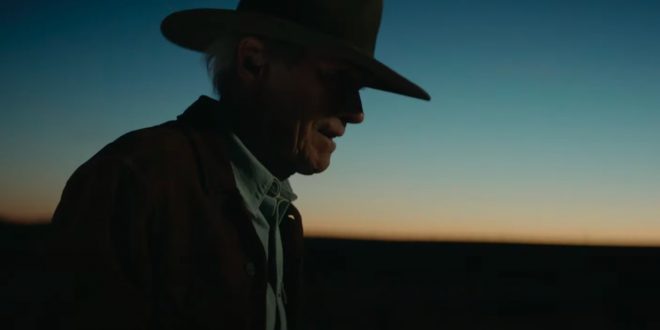 Clint Eastwood is an urban icon; he’s the “make my day” guy, legendary “Dirty Harry”; I have seen Clint Eastwood and his presence off the screen is just as magnificent as on, pulsating with charismatic enormity; so why in the name of his vast and stellar career would he produce, direct and star in this abysmal testimony of self-aggrandizement? He is 91 and fragile; his fragility, instead of poignant, is pitiable; women more than half his age, simper with salacious intent, trying to compromise his “mission”, as “Mike”, an aged cowboy and ancient rodeo star, hired to kidnap a thirteen-year-old boy, (“Rafo”, Eduardo Minett ) living with his mother in Mexico; placid intrigue follows the twosome from mishaps, thwarted trails, subjugation of wild horses, sheepish romantic encounters; the only creature of interest is “Macho”, a rooster, with a keen survival instinct, who saves the film from the depths of mediocrity; leaving viewers “crying” over Eastwood’s loss of introspection.