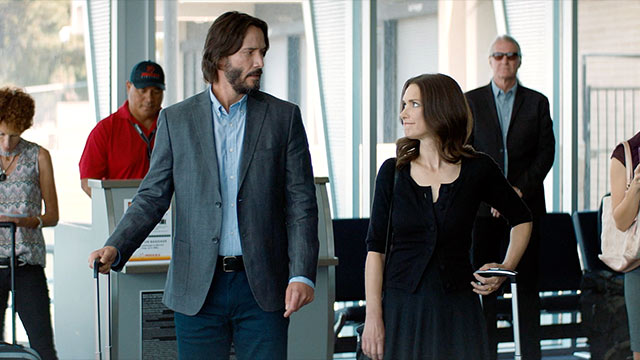 “Destination Wedding” has its moments, short-lived, but intelligently written and aptly depicted; might have had more potency on the stage; Woody Allen seems to be a shadow informing the narrative, especially in scenes of intimacy.

In brief (blessedly it was), this couple was “destined” for each other. Who else would have them?