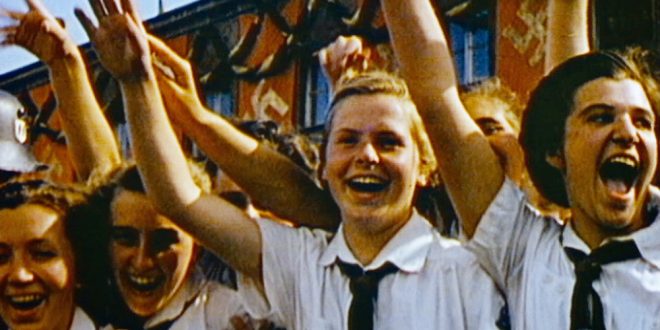 Documentarian Luke Holland (1948-2020) spent his life bringing to the fore man’s errors, injustices, crimes against mankind: campaigning on behalf of threatened tribal people; highlighting Ruby Kennedy’s campaign to compensate slave labourers under Hitler’s demonic regime; it is “Final Account” that will stabilize, confirm his legacy of intuitive brilliance; as a grandson of Holocaust victims; commencing in 2008 he interviewed the last of German/Austrian survivors, architects, perpetrators of “man’s inhumanity to man”; they are ancient, ordinary citizens, having lived benign lives, slipping between the persecuted and the just, incomprehensible that they allowed the interviews, testimony to Holland’s skills of persuasion and his mission to unearth unanswered questions. Searing, stunning not-to-be-believed commentaries, admissions from individuals still reveling in the glory days of Nazism, saved artifacts (nauseating to view), denying culpability, exculpatory statements of innocence; Hitler’s 1942 Wannsee Conference, inaugurating The Final Solution and ultimate dehumanization of Jews, was inbred in their culture; The Protocols of the Elders of Zion and its libelous, inflammatory antisemitism fed their belief that the Jews were a tainted, greedy people, less than human, underserving of respect, worthy of elimination. Their entrenched, repulsive honesty left viewers profoundly aware that antisemitism (mirrored in today’s environment) is a thriving, toxic organism, to be hated, feared and destroyed.