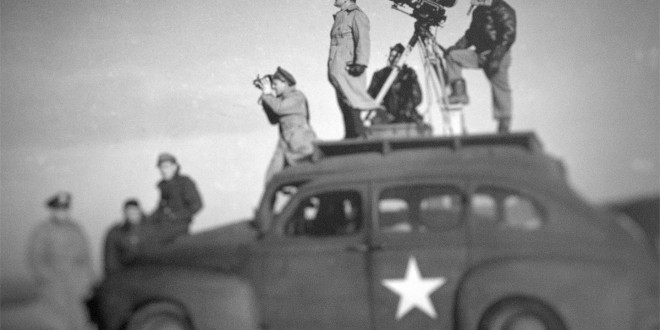 My paygrade does not include the insipid escapism served in today’s theatres; I have vowed to shun any film with the word “Alien”, “Guardian”, “Pirates”,  and at the risk of anaphylactic shock “Captain Underpants”; Netflix offers a lifeline to those seeking entertainment that enlightens, educates; serving a myriad of genres, demographically designed to quench the cravings of all film buffs.

“Five Came Back”  is a three hour, superlative documentary based on five Hollywood directors who enlisted in WWII, cameras in tow, returning transformed; based on the book by Mark Harris, directed by Laurent Bouzereau, narrated by Steven Spielberg and Meryl Streep, this should be required viewing by professional and neophyte lovers of film, recognizing its power to alter and elucidate both the filmmakers and their audience. These iconic directors are seen through the eyes of contemporary filmmakers.

William Wyler (1902-1981) (Steven Spielberg); religious affiliates, Spielberg lionizes “The Memphis Belle: A Story of a Flying Fortress”, his use of the camera was transformative.

George Stevens (1904-1975) (Lawrence Kasdan); shares only minimally but potently with his horrific footage of the Dachau concentration camp (used as evidence in the Nuremberg trials). Stevens and Ford in tandem, stunningly filmed the D-Day invasion.

John Huston (1906-1987) (Francis Ford Coppola); Huston staged “The Battle of San Pietro”, but its redolent effectiveness thrives to this day.

5 directors, sixteen Academy Awards, but what is to be revered is their courage, devotion to the United States of America; they lent their lives, careers and families, to a higher calling; solemnizing values worth fighting, filming, and even dying for; their sensitivities blighted by war; each director returned determined to rise above “man’s inhumanity to man” gifting audiences films imbued with honesty, conscience and relevance.