Latest Reviews
Home » Foreign » HIGH-RISE (ON DEMAND AND IN THEATRES) 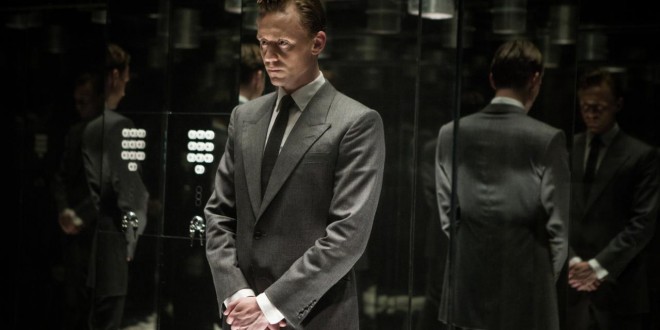 HIGH-RISE (ON DEMAND AND IN THEATRES)

Dystopian detritus.  Periodically you experience a film that is unquestionably idiotic; blatantly bludgeons credibility; leaving viewers wondering about the validity of such “muck”; a metaphor gone disastrously awry.

Based on the 1975 book by J.G. Ballard, director Ben Wheatley casts mega talents Tom Hiddleston (“I Saw the Light”, “The Night Manager”) and Jeremy Irons (“A Man Who Knew Infinity”) as “Dr. Laing” (Hiddleston) and architect “Royal” (Irons) reside at the peak, elitist floors of a vertical city, hibernating within a destitute landscape.

The hierarchy, descending from the titled to the lower levels, where the jobless, those on the dole are packed in squalor; in awe or envious of the privileged upper echelons; Royal has a rooftop so immense it houses his wife’s horse.

Plumbing malfunctions, electricity sporadically plunges the building in darkness, resulting in the deterioration, disintegration of “class” distinction; rape, drunkenness, murder blur the distinctions between the educated and ignorant;  accountability, morality, decency fade as all plunge into ugly, despicable turpitude.