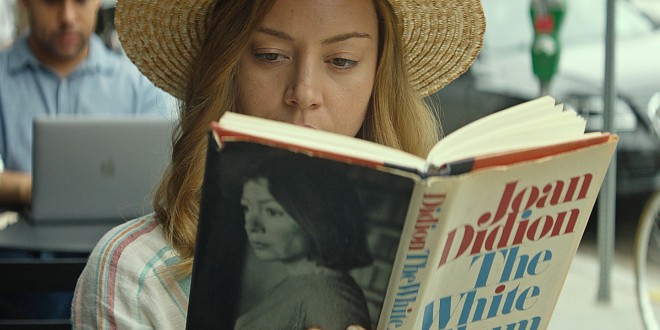 By far the most terrifying film of 2017; “Annabelle” cannot touch the intrinsic terror of this film; “Ingrid” (Aubrey Plaza, dazzles) is overwhelming pathetic; her existence is defined by Instagram, Twitter, etc. highlighted by emoji’s; loneliness has plundered her reason, she suffers a psychotic fracture after destroying a wedding she wasn’t invited to; rehabilitation has honed her electronic stalking skills; fleeing to Venice, California with an inheritance from her deceased mother, she fixates on “Taylor Sloan” (Valley Girl depiction by Elizabeth Olsen), following her, stealing her dog, cloning her hairstyle, becoming a cloying fixture in Taylor’s and her unsuccessful artist partner “Ezra’s” (Wyatt Russell, depicts, with the proper veneer, a portrait, of the almost “starving artist”) lives. Tragedy lies in Ingrid’s anonymity; we know nothing about her, except her passionate addiction to her phone; she has plenty of company in today’s ubiquitously connected universe, rarely do we see a hand without an electronic prosthesis attached to its palm.

At its core, writer/ director Matt Spicer is questioning the death of introspection, decision-making process, elimination of boundaries, parameters; pictorially, obscenely sharing meals, meaningless minutia of the every day: wardrobe choices, makeup, career moves; gone is the sacredness, security, serenity of knowing your decisions spring from your intellect, not a complication of what “Friends” volunteer; privacy is anathema, shunned for 24/7 availability.

Earlier this year director James Ponsoldt’s “The Circle” forecast an age where the entire planet, and all its inhabitants, are perpetually observed, recorded; nowhere to hide; it was billed as science fiction.  “Ingrid Goes West” is more frightening because of its realism; Ingrid’s validity rests on an insensitive tool, starring supercilious photos, inane texts, tweets, unknown responders can make or doom her mood.

We are aware of the prescience of the Internet: saving lives, eliminating hindrances, physical and mental; not to be disparaged or denigrated, it has enhanced our awareness, knowledge. There has to be a compromise, when to step away, stopping the world, getting off to evaluate self and others. Its success lies in recognizing, admitting that we must cauterize the “Ingrid” lurking in us all.

2017-08-22
Peneflix Admin
Share !
Previous: LOGAN LUCKY
Next: THE TRIP TO SPAIN ON DEMAND AND IN THEATRES