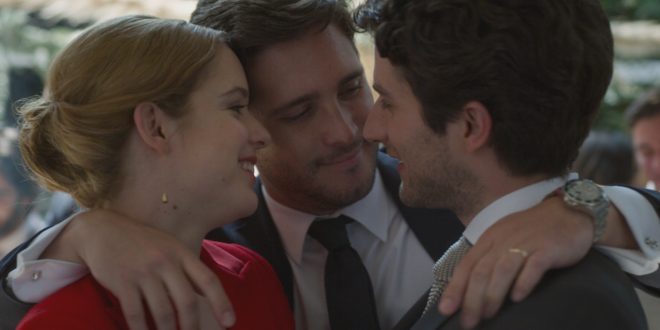 MINI MUSINGS FOR THE WEEKEND

“DREAM HORSE” (THEATRES) If you viewed 2015’s “DARK HORSE” and heartily enjoyed an unlikely success story of a small village in Wales and its even more unlikely inhabitants, breeding a racehorse, there will be no surprises, but joyous, nonetheless. Toni Collette gives depth and warmth to Jan Vokes doffing the complacency of her mundane days as a barmaid, and grocery clerk, rallying the villagers to pool their resources and enter the world of the entitled and stun!

“THE DRY” (Theatres) Eric Bana’s, seasoned performance and investment in this Australian thriller is riveting, quietly enthralling and intensely mesmerizing; flashbacks of a teenager’s death compete with the contemporary murder/suicide of “Luke”, (Sam Corlett/Martin Wall) his wife and son; detective “Aaron Falk” (Bana), after twenty years returns for the funeral of his closest childhood friend, and becomes embroiled in a “town without pity”.  Director Robert Connolly squeezes every ounce of mystery saturated in Jane Harper’s rainless, arid, positively pulsating novel.