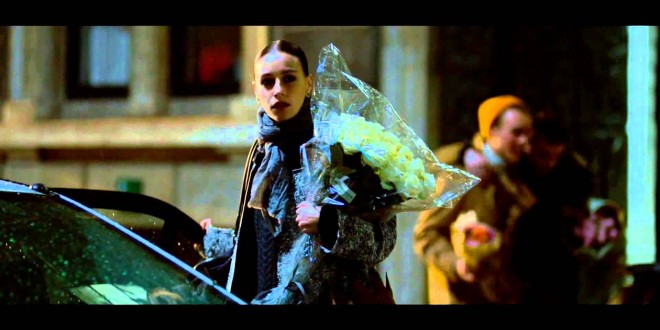 NEARING THE FINALE OF THE CHICAGO INTERNATIONAL FILM FESTIVAL

Just when I thought it couldn’t get any better, exponentially it does:

“STARLESS DREAMS”; IRAN. Powerful, disturbing documentary by director Mehrdad Oskovei, takes place in a juvenile detention center on the outskirts of Tehran; female murderers, thieves, prostitutes, drug-addicted, homeless; the oldest is seventeen. The result of a male-dominated, sharia law society where women are chattel, without a voice, futureless.

“GLORY”; SLAVA. Succinct performances imbue this study of divisiveness between the classes to perfection. A railway worker turns into the authorities a bundle of cash he discovers on the tracks. Director Kristina Grozeva, Petar proves, without a doubt that “no good deed goes unpunished.”

“CROSSCURRENT”; CHINA. Director Yang Chao (“The Assassin”) educates audiences in exquisite Chinese history, poetry; sacred, pervasiveness of Buddhism, and the seamless flow of time  while traversing the Yangtze River; past and present blend magnificently in this metaphor for living

“WALK WITH ME”; DENMARK. Dazzling performances stun in director Lisa Ohlin’s study of an amputee adjusting to an altered life; a ballet dancer wonderfully, presciently aids in the transformation.

“I, DANIEL BLAKE”; U.K./FRANCE. Director Ken Loach (“The Wind that Shakes the Barley”) massively scores with this brilliant, universal anomaly that strikes a pivotal cord in today’s computer dominated,  bureaucratic world. Anyone whose has ever waited interminably for a “real” person to speak to while listening to canned music and constant, annoying “your call will be answered in the order in which it was received” will groan empathically as Daniel slowly succumbs to the destiny of a man losing the battle against the machine and those who manufactured it.