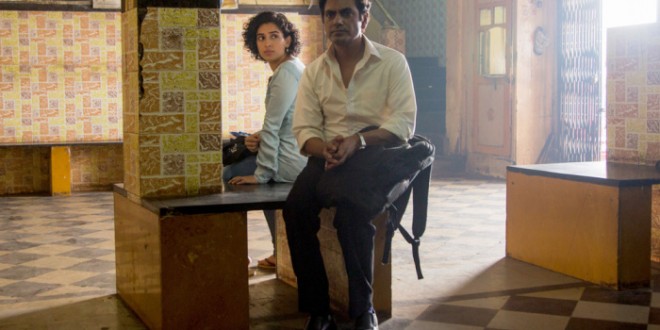 “Rafi” (sublimely subtle, Nawazuddin Siddiqui, “Sacred Games”) a street photographer, patrolling the Gateway of India, in Mumbai (its magical cacophony, cluttered, chaotic streets, sear with accuracy); his subjects: tourists, natives, hordes of humanity; a frozen moment, trapped by his lens; “Miloni” (quietly gifted depiction by Sanya Malhotra) scholarly, malleable maiden, on a sudden impulse allows Rafi to photograph her, and vanishes without paying him; thus initiates a disparate relationship, karmically scripted, where in discovering each other they find themselves.

Rafi, convinces Miloni to pose as his “intended” to quell the diatribes of his grandmother; Farrukh Jaffer is astounding; she emblazons every moment with keen perspicacity, hilarity, and unbounded love for her grandson; their scenes shine with the astute professionalism of both actors.

Batra slyly, secretly imbues a genuineness, a warmth, empowering viewers to surmise the outcome; experiencing a gratifying, fulfilling sense of happiness, glee at simply being introduced to Rafi, Miloni and Dadi.