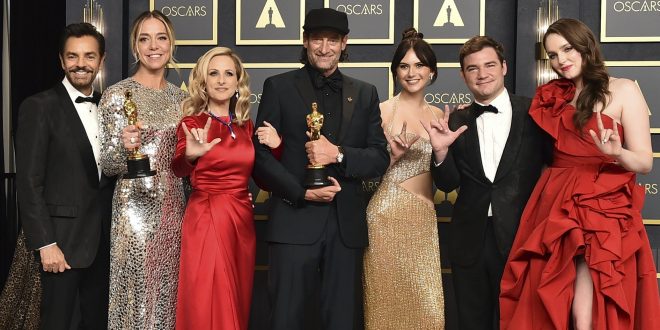 RUMINATIONS ON THE 94th ACADEMY AWARDS

Brash, bold, colorful couture bombarded the red carpet; I never realized that would be the highlight of the evening; an evening that suffered a low never experienced in Academy Award history; dignity destroyed on an altar of self-righteousness; no rebound, no “win” can ever erase or reward egregious behavior, witnessed worldwide. The actor should pray for paltry ratings.

As in the past I invest boundless energy in my “Predictions”; believing with every fiber of my being the actors and the film that should receive the ultimate “gold guy”; also, many times I suffer disappointments; this year they followed paths, frequently tread: “Coda” a worthy film, focusing on a young, hearing person, manipulating the vicissitudes of her hearing impaired family; it is a lovely, benign film, lacking the brilliant intrepid, artistry of “The Power of the Dog” or the multi-layered, dazzling “Drive My Car” or even the intensity of “King Richard”; justified was Kenneth Branagh’s win for “Best Original Screenplay”, the autobiographical “Belfast” although I was rooting for the inimitable “The Worst Person in the World”; Ariana DeBose, rocked the audience with her heartfelt acceptance speech for Best Supporting Actress; Jessica Chastain pushed the boundaries in accepting the Best Actress category.

Deservedly, New Zealand director Jane Campion, won Best Director for, in my estimation the finest film of the year; “The Power of the Dog”; with aplomb, gratitude, grace, and humility she elevated the conclusion of a disastrous evening.

Questioning the decision-making process, politics of the members of the Motion Picture Academy, influence of the media; do they watch with a modicum of objectivity the entirety of each nominee?

2022-03-28
Peneflix Admin
Share !
Previous: PENEFLIX PREDICTIONS: 2022 ACADEMY AWARDS
Next: EVERYTHING EVERYWHERE ALL AT ONCE (in theatres)