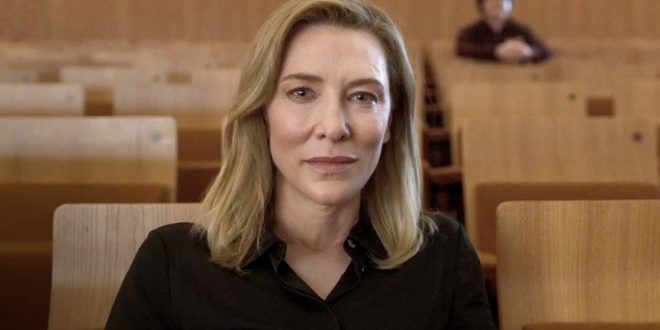 Never have I reviewed a film a second time; but at the finale of the 10/14 (FOUR STARS!!!!) review I knew I had to see it again; I was troubled by the inconsistencies, conundrums, anomalies overshadowed by Cate Blanchett’s immensely prodigious performance as “Lydia Tar”.

Initially, I did not like Lydia; she was too perfect, too controlled, too accomplished (writer, conductor, etc), insensitively cruel, but she shared her capabilities with a myriad of countries; I missed this in the first viewing, her altruism, whether self-aggrandizement, was relevant, as was her master class; her pupil with the St. Vitus leg, whose future holds a conductorship on a high school pedestal (in a very small town) warranted a comeuppance. Bach, dismissed because of his fecundity?

The film loses credibility with the suicide of “Krista”; there was no legitimate reason for the “witch hunt” aimed at Tar; regardless of an unrequited affair, Tar’s analogy of an unbalanced person is proven correct by her actions; broken hearts, unrequited love is universally ubiquitous, and suicide is an option for those incapable of coping. Unproven, were salacious allegations; she is not the female Harvey Weinstein which the film hints at.

The real flaw was in Lydia’s reaction to her fall from adulation, a petite mal seizure; she is a woman of magnitude; all the “evidence” against her: flimsy doctored tape from the disgruntled student, emails, the vengeful assistant were issues that should not have felled her. I could not accept her temporary plummet into derangement.

Finally, frustratingly too many enigmas plagued me: the significance of the “fall”, the missing manuscript, the exit of her wife and child; and the absurdly sensational conclusion left me bemoaning, pitying Lydia Tar. Resulting in a revised rating of,